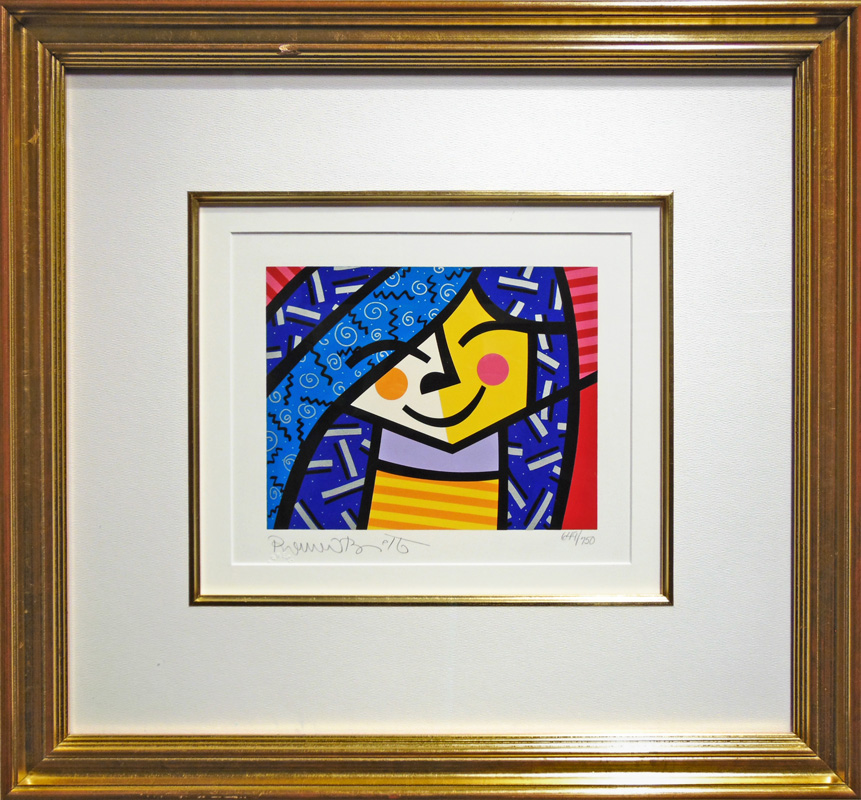 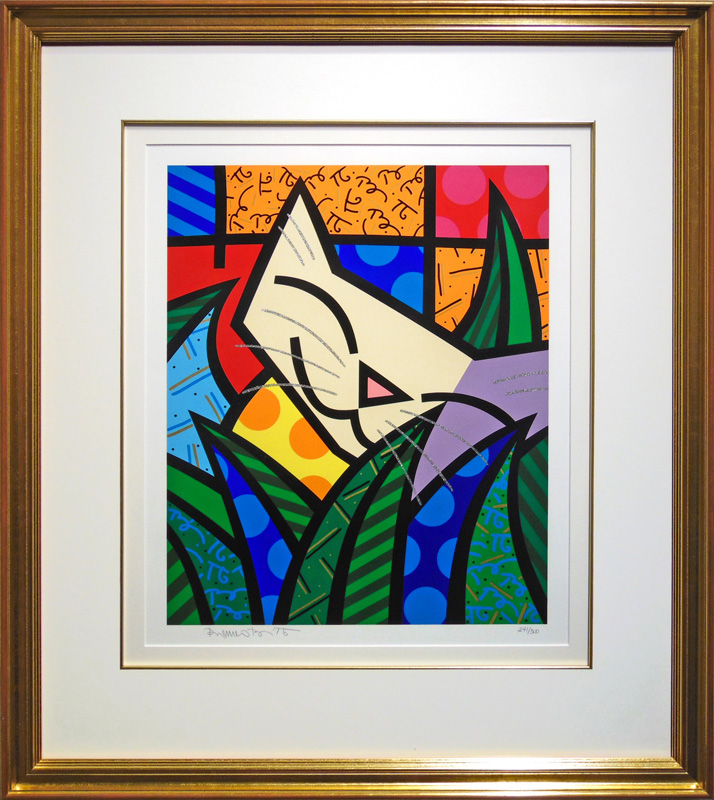 Born in 1963, Brazilian artist, Romero Britto, has revived the concept of pop-art in his own way!  Romero finds his re-creation of pop-art in nature, people and animals in a quest for language that all of us can easily understand, but which in turn intellectually stimulates those who delight in the contemplation of a true work of art.

Britto grew up in Recife, a town on the northern coast of Brazil near the water.  He grew up in a loving family with seven brothers and two sisters.  It was difficult considering his mother was left to raise nine children alone.  Romero often painted images on scraps of cardboard and newspaper.

Britto traveled from Brazil to Europe and then from Europe to the United States to exhibit and sell his art.  His resolve was strong and his belief in his art was unshakable.  By 1989, people of all ages and walks of life were beginning to recognize and enjoy Britto’s style.  That same year, Britto was chosen to add a splash of color to Absolut Vodka’s high-profile ad campaign.  This incredible opportunity catapulted Romero Britto into the limelight, placing him alongside artists such as Andy Warhol and Keith Haring.  Other commissions followed including: Grand Marnier, Apple Computers, Pepsi Cola, IBM, Disney, a United Nations postage stamp series, and a Britto Mini Cooper for BMW.

Collectors of Romero’s work include Michael Jordan, Arnold Schwarzenegger, and Andre Agassi as well as the Guggenheim’s, Rothschild’s, Kennedy’s and Mitterrand’s.  Britto’s individual style incorporates vibrant colors, pop imagery, & playful patterns of flowers and swirls as well as an inventive use of his signature within his paintings.  Vital to the essence of Britto’s art is its unrestrained optimistic outlook on life.  Over the years, Britto has lent his talent and energy to many philanthropic causes. In the winter of 2004, a Britto original, Volvo V50 brought $71,500 at live auction to benefit Best Buddies International in Miami, Florida.  It is a tremendous personal reward for Britto that his art is capable of inspiring others to give.

To date, Britto’s art is shown in over 140 galleries nationwide.  He has been profiled in numerous national publications including People Magazine, Art News, Variety and Leaders Magazine.  Britto’s art is indeed, reaching the world.

“For me, art can reflect the celebration of the simple and good things in life.  This is most important to me!” – Romero Britto

Robert Paul Galleries is proud to bring the works of Romero Britto to the American Collector.