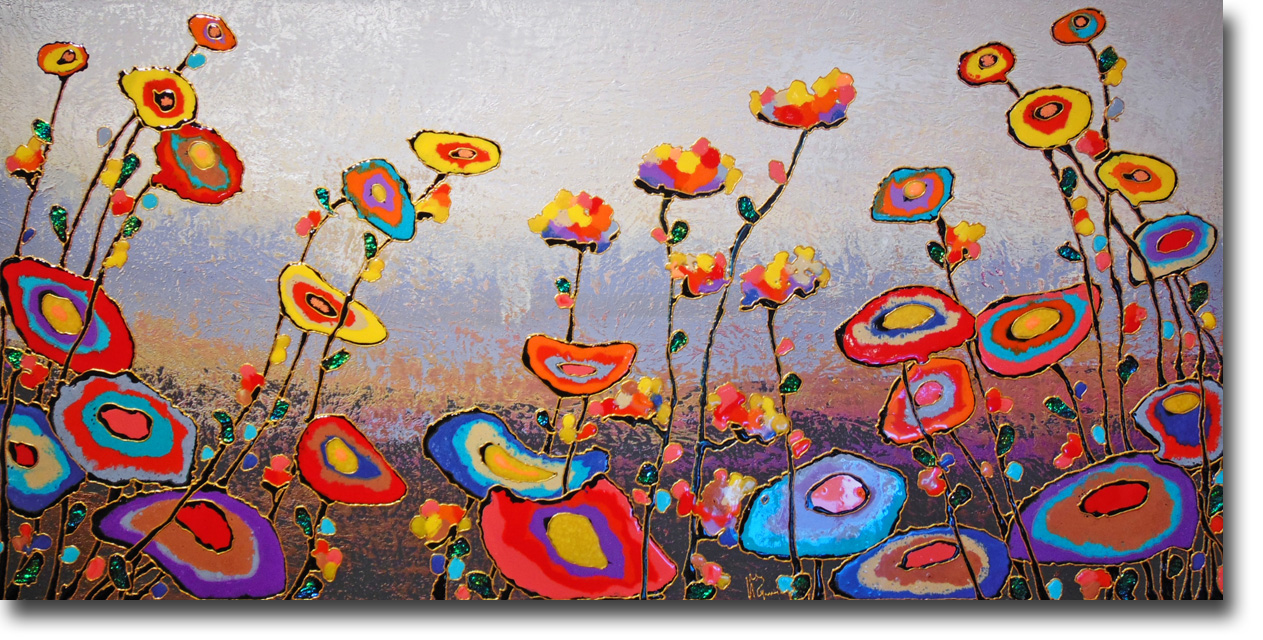 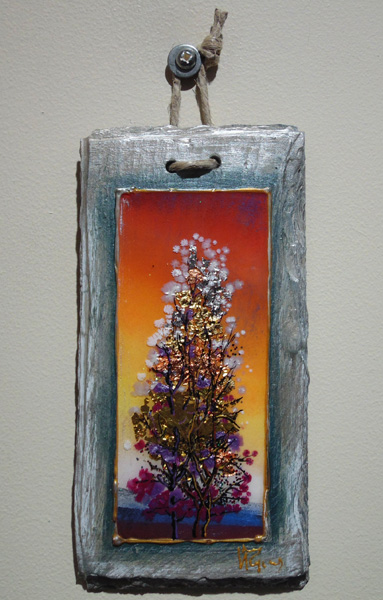 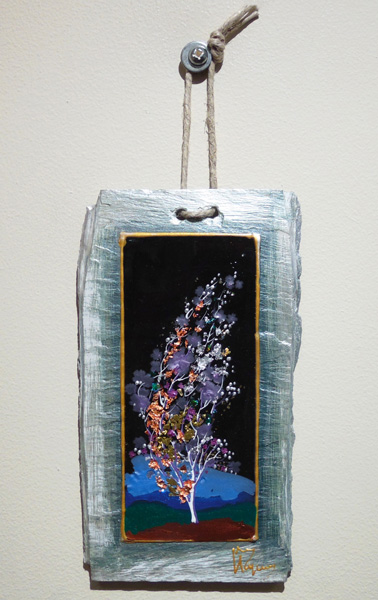 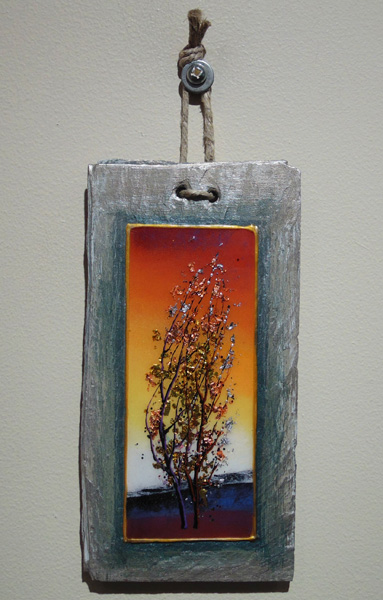 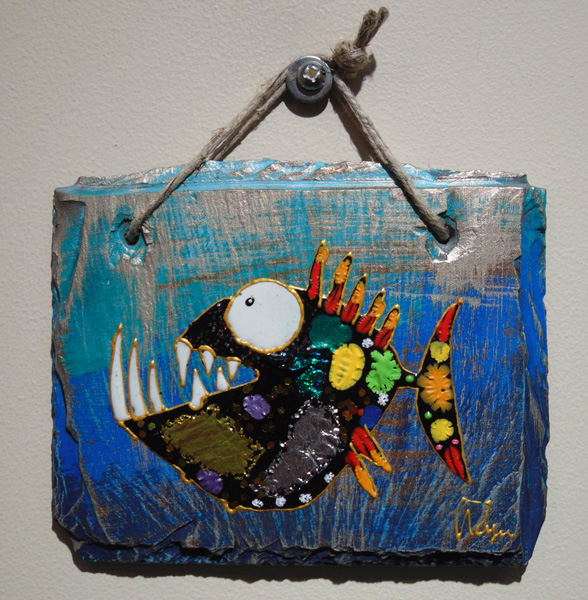 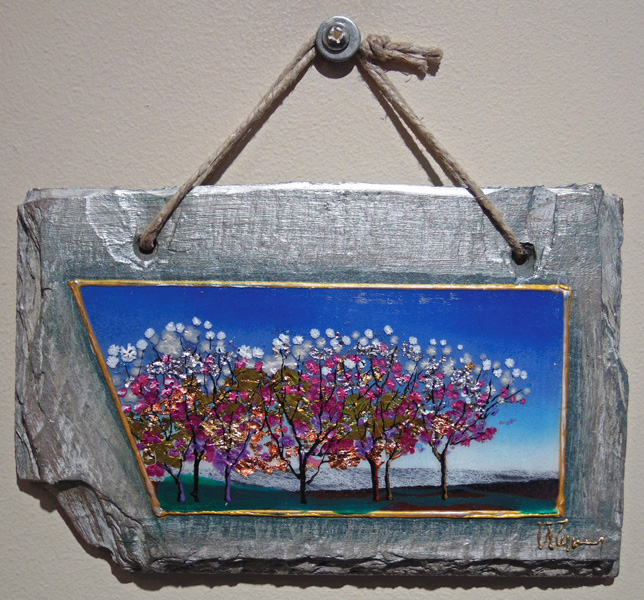 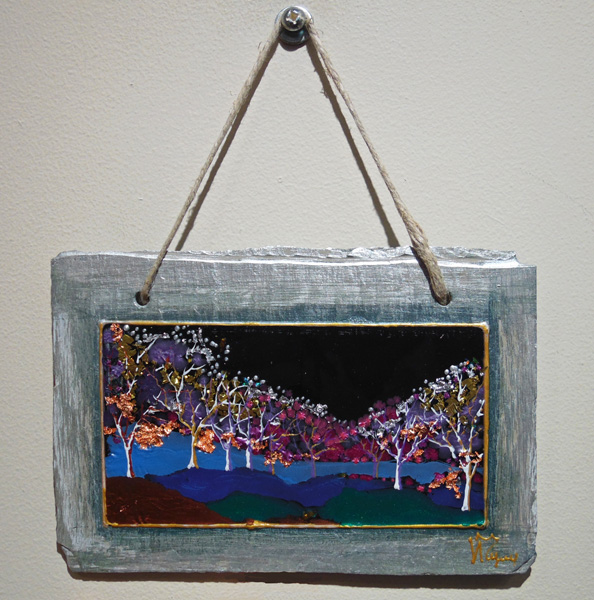 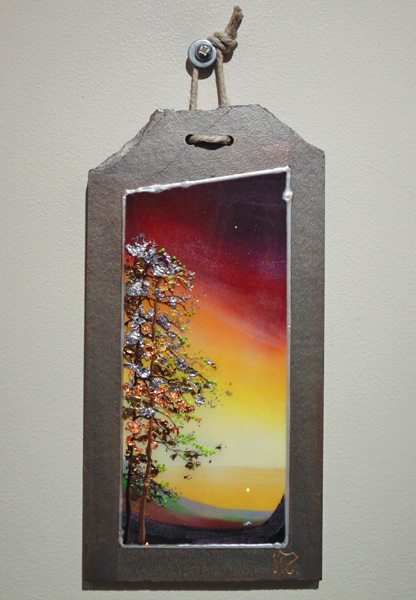 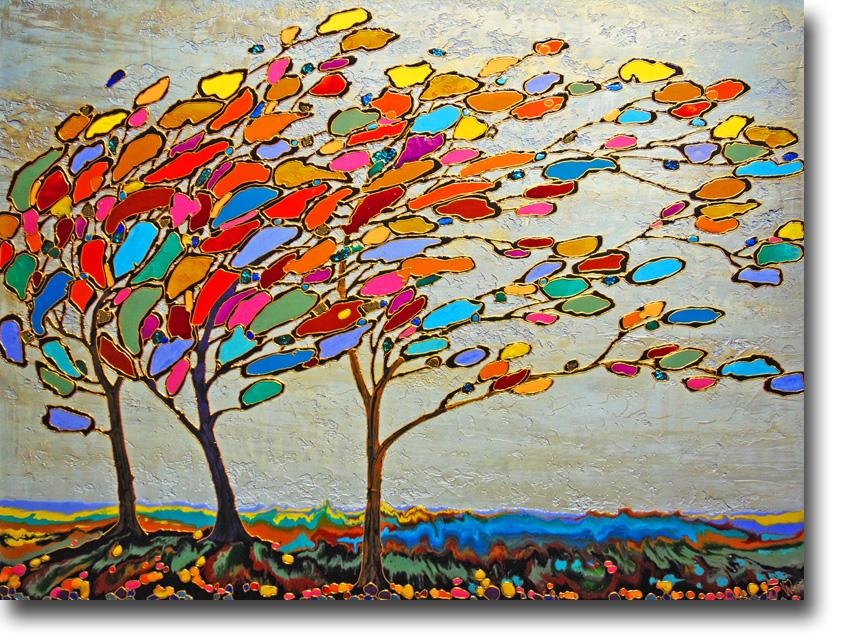 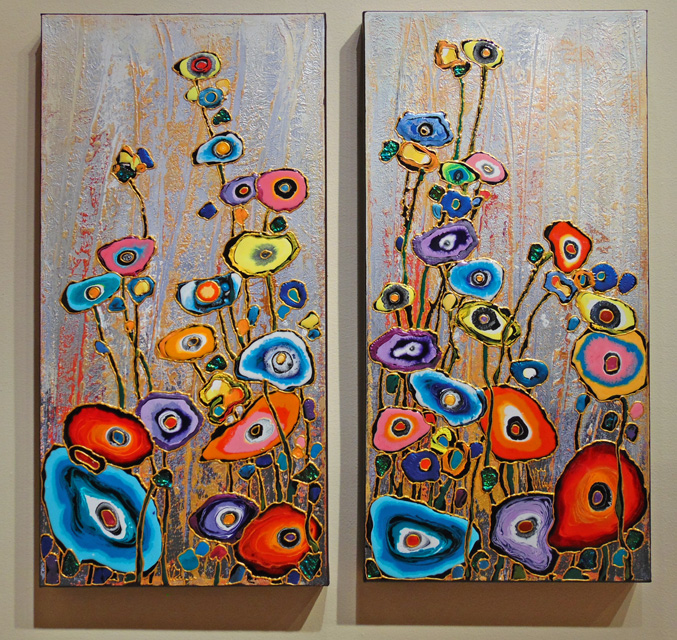 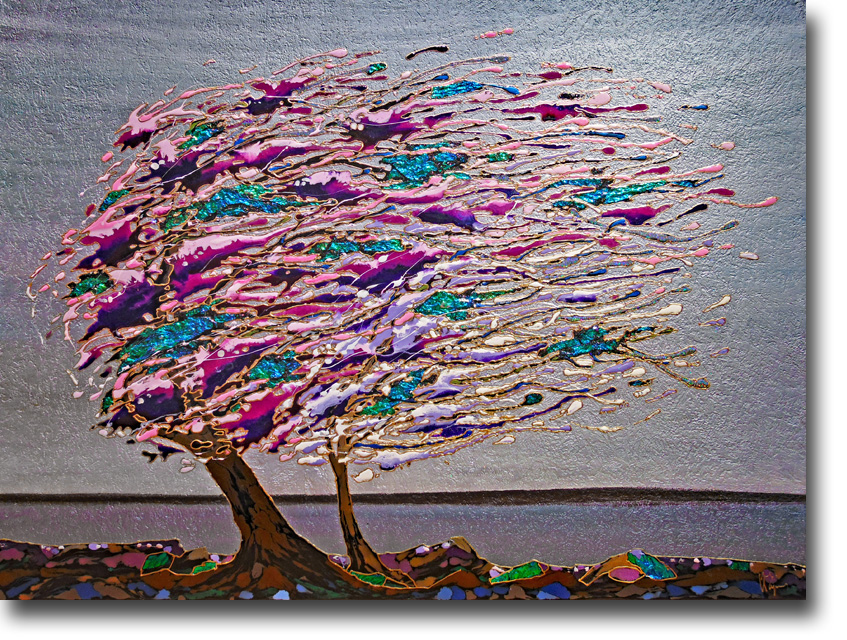 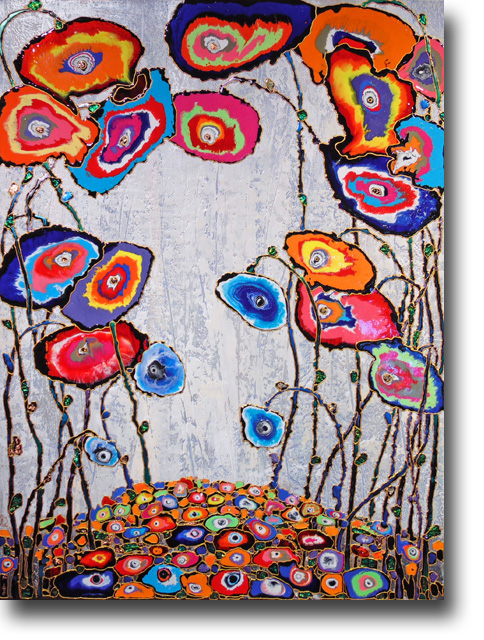 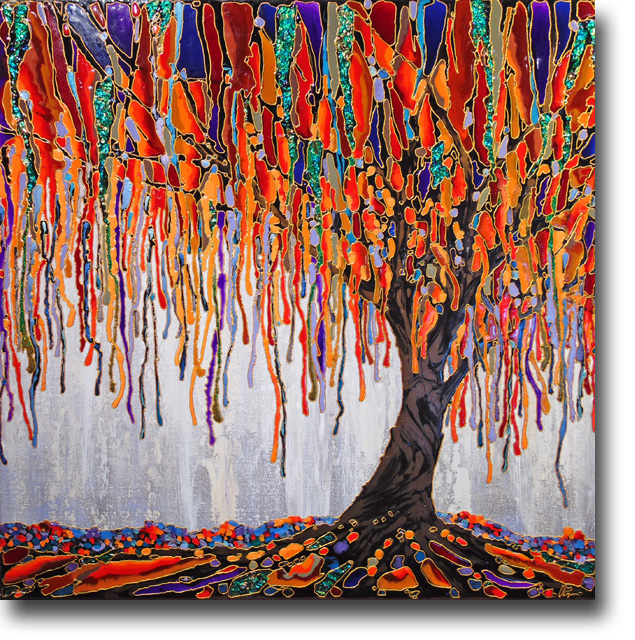 Inna is originally from the South Western part of Siberia in Russia.  She was born in a family of geologists and from the first days of her life was surrounded by the romanticism of scientific expeditions and the beauty of Siberian nature.  Inna graduated from one of the most prestigious art schools of the region in the mid 90’s and tried herself in graphic design and jewelry making, participating in multiple projects and exhibitions.  She headed an art project on behalf of the Siberian division of Science that was later presented to Vladimir Putin.  In 2004 Inna relocated to the USA.  Moving away from home and traditional oil and pastels she developed a new technique of painting with pigmented polymers on stone, glass, canvas and wood.  The stained glass look of her newly developed works slightly resembles warm and earthy collages made of natural stones that her parents used to bring back from their geological expeditions.  The natural beauty of minerals has always been Inna’s main inspiration.

Robert Paul Galleries is proud to show the works of Inna and Alex Deriy to the American Collector.