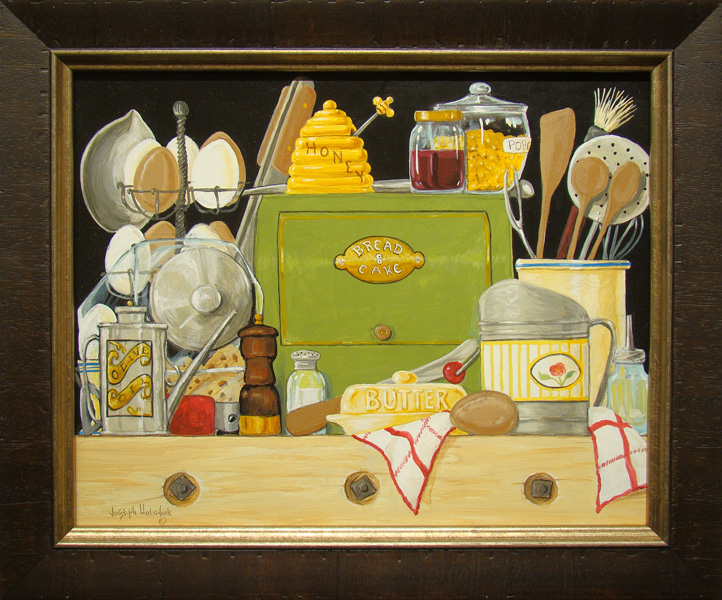 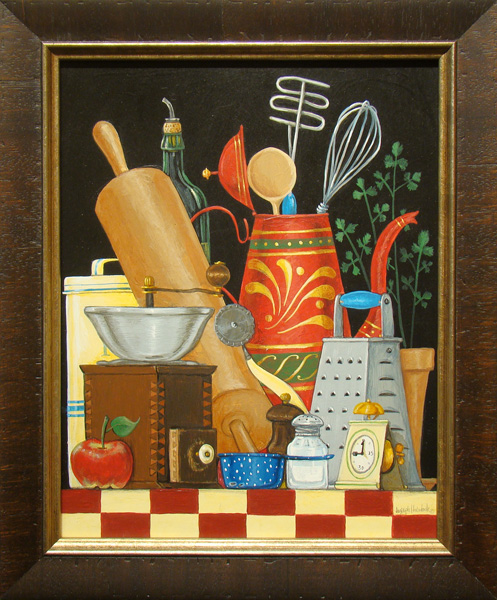 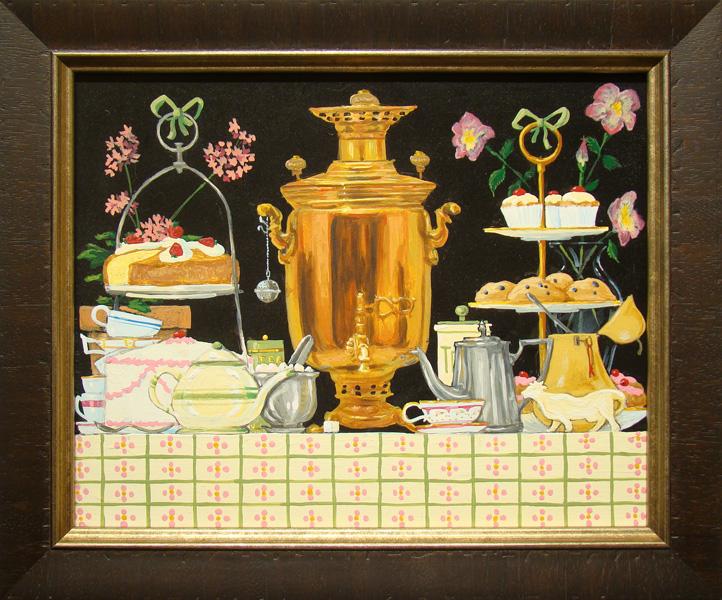 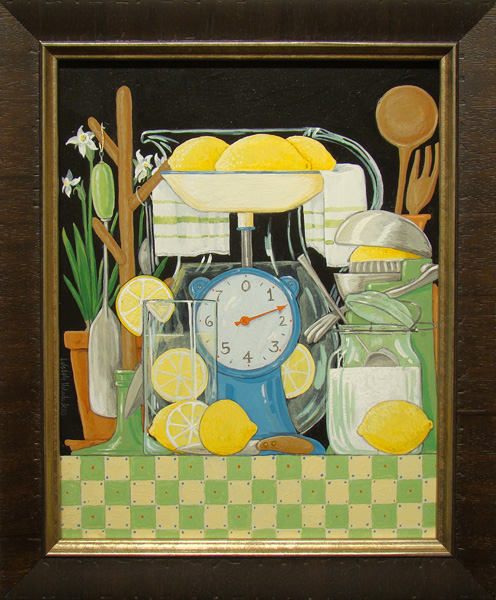 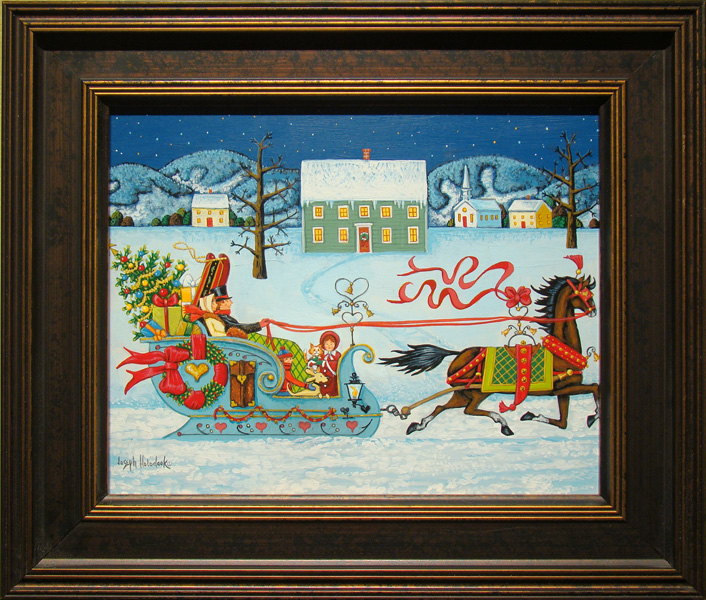 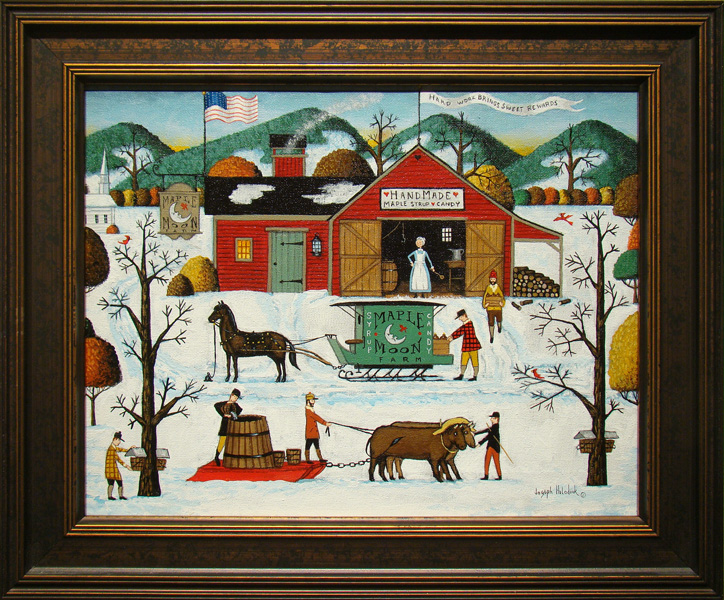 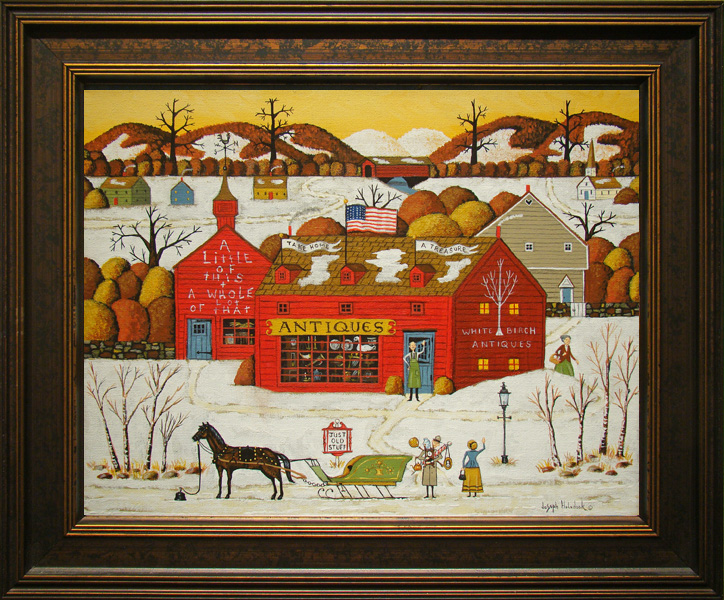 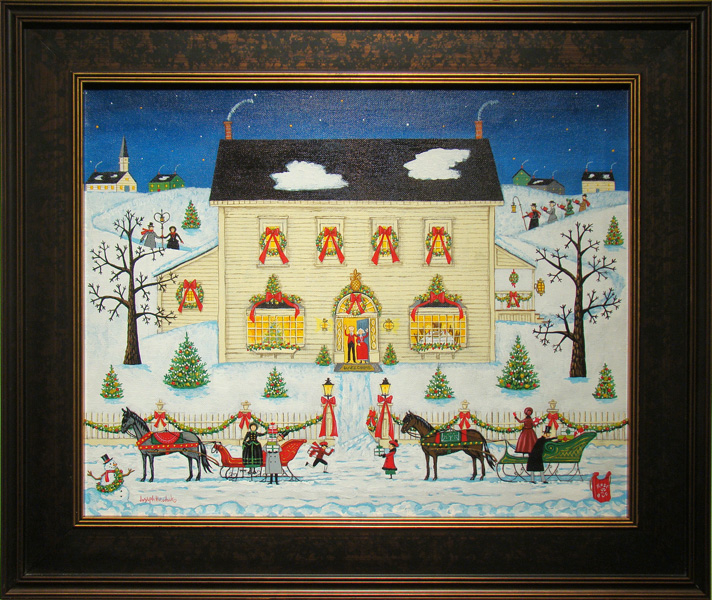 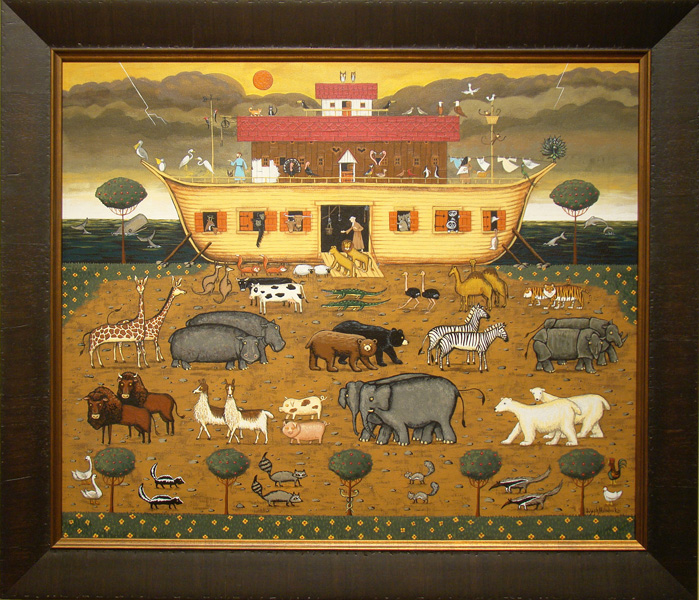 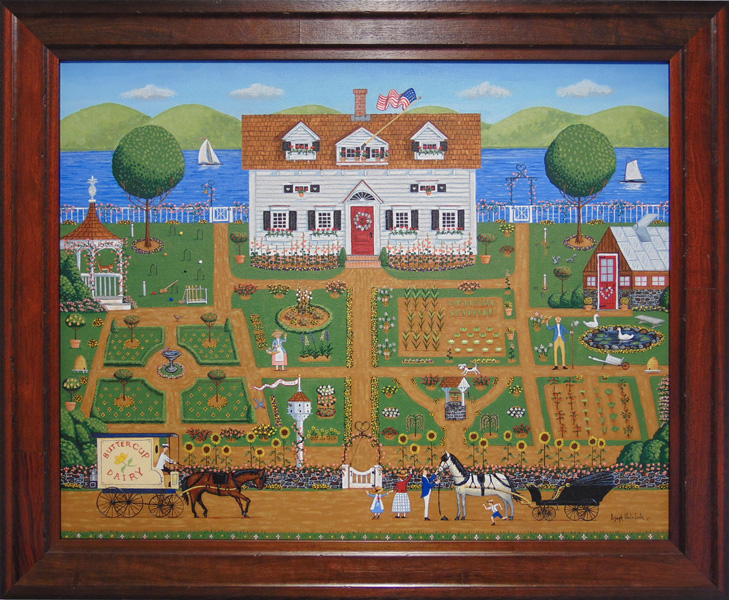 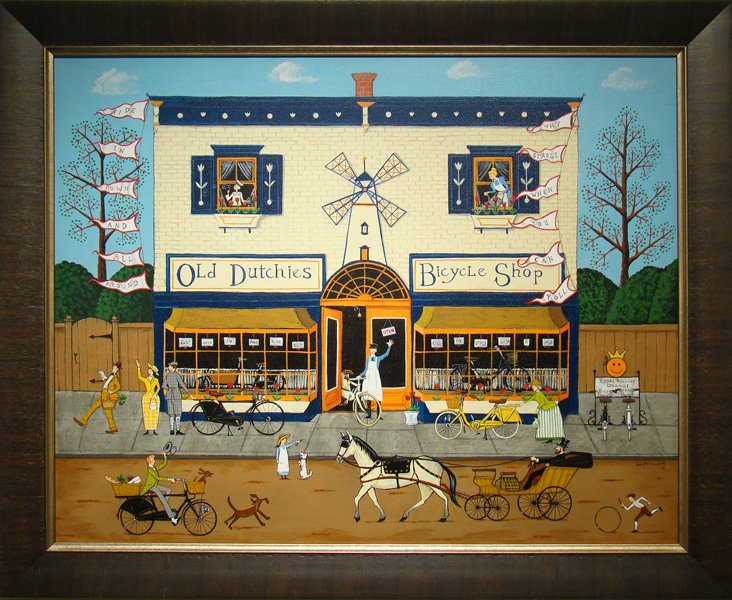 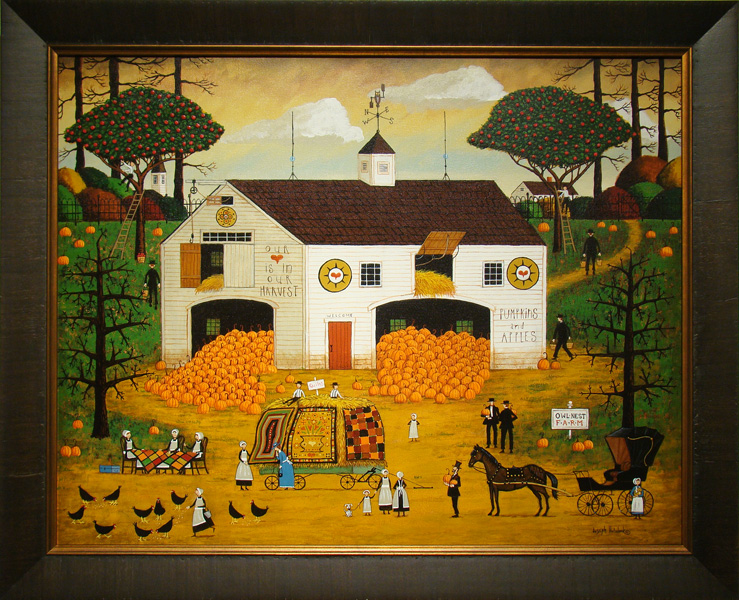 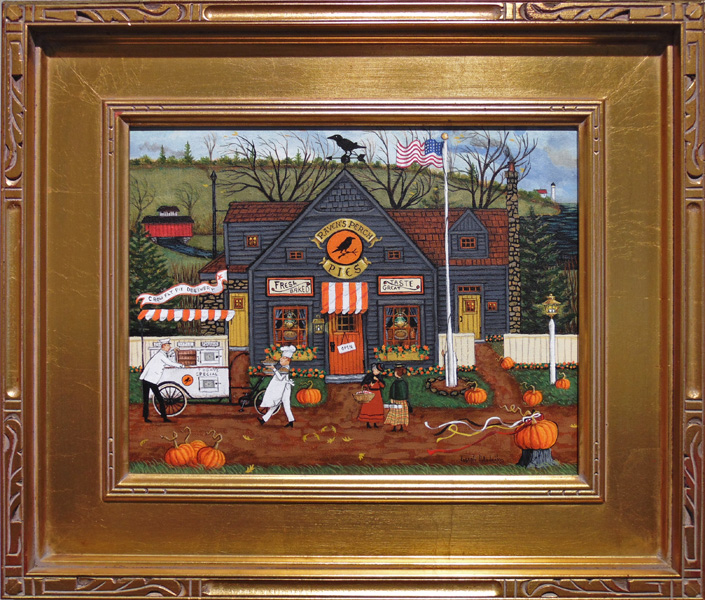 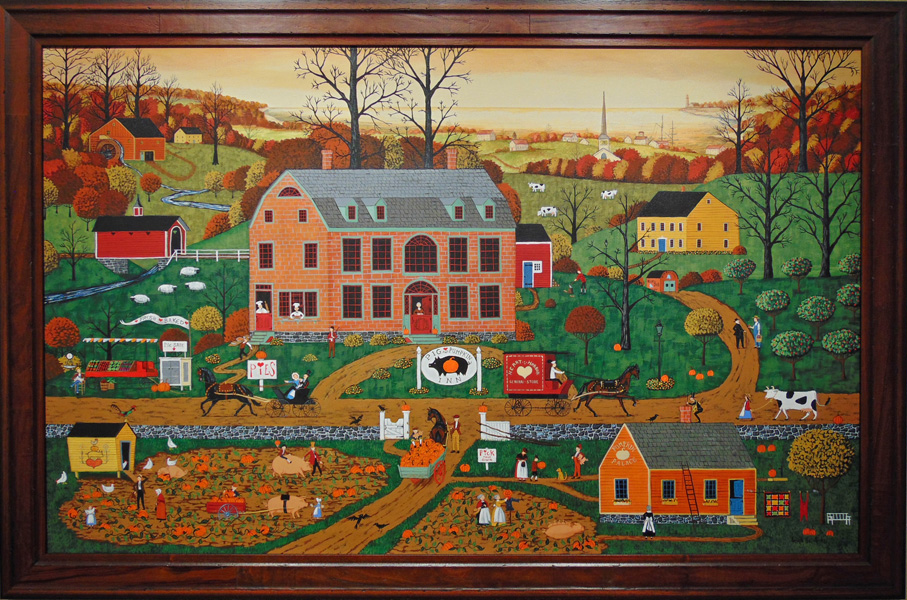 Joseph Holodook is one of America’s best loved painters of Americana Folk Art. In the small towns and villages of Holodook’s America you can sip the cider, sit by the cracker barrel, go sugaring and skating in the winter and enjoy life as it used to be.

“I have been drawing and painting as long as I can remember.”  One family member snapped a photograph of Joseph at age 2, sitting at the kitchen table sketching his mother on the back of an envelope.  This love of drawing and art continued throughout his childhood and took a giant leap forward when he received his first set of oil paints when he was only 9.

Joe had a natural ability, one which his teachers did their best to nurture.  In college he came under the tutelage of Lawrence Montaldo, professor of art and former head of the art department at Marist College in New York.  Additionally, Joseph was introduced to famous landscape painter John E. Hesse who critiqued the young painter’s work and had a profound influence on his future art.

“I’m inspired to paint by everyday life, such as a happen chance observation between a mother helping her child. The interaction between people makes for great inspiration.”

When Joseph comes up with an idea for a painting he sees the picture totally completed as if it were on a postcard in front of him. He says, “I sketch out the idea as fast as I can, not wanting to lose a single detail. Everyone in the image must be doing something. It adds life and interest to a piece.” He adds “I am also a perfectionist, so for my Folk art paintings a good ruler and architects square are a must.”

Over the past 35 years Joseph Holodook has created hundreds of paintings. His works grace many fine homes and private collections as well as major corporations worldwide.