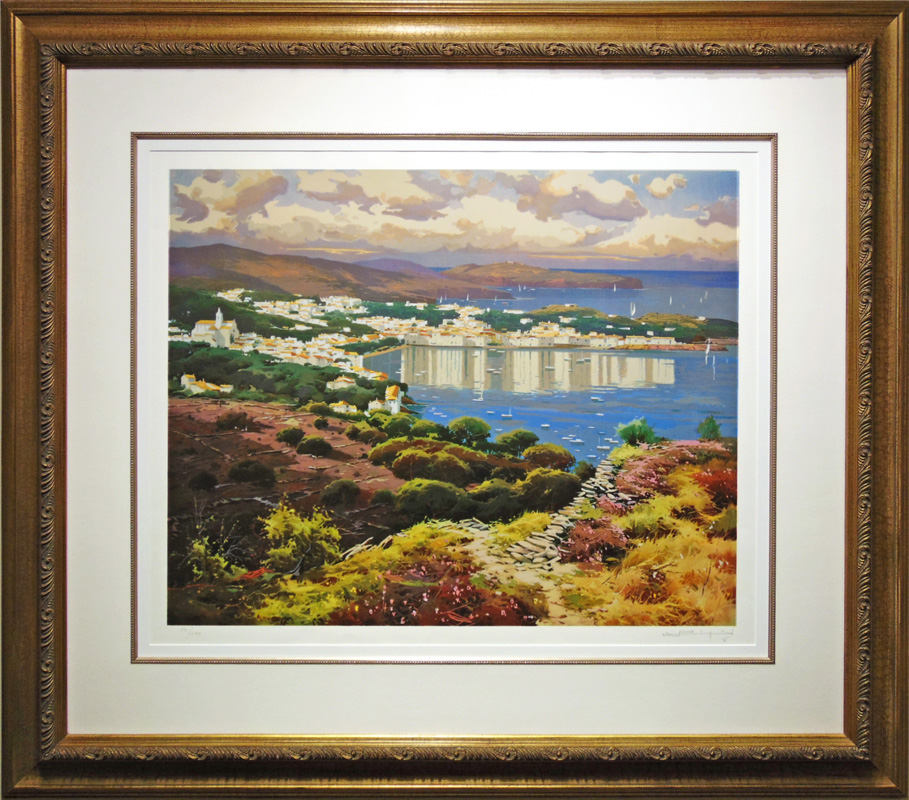 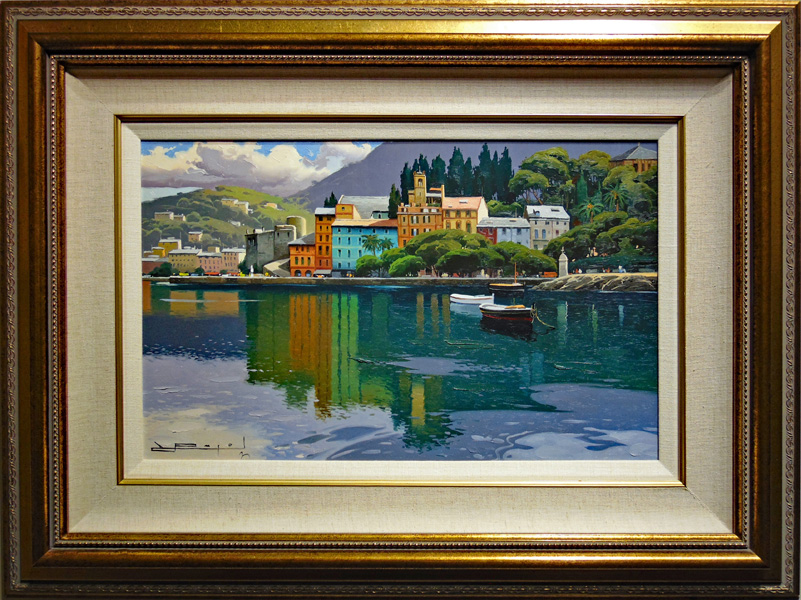 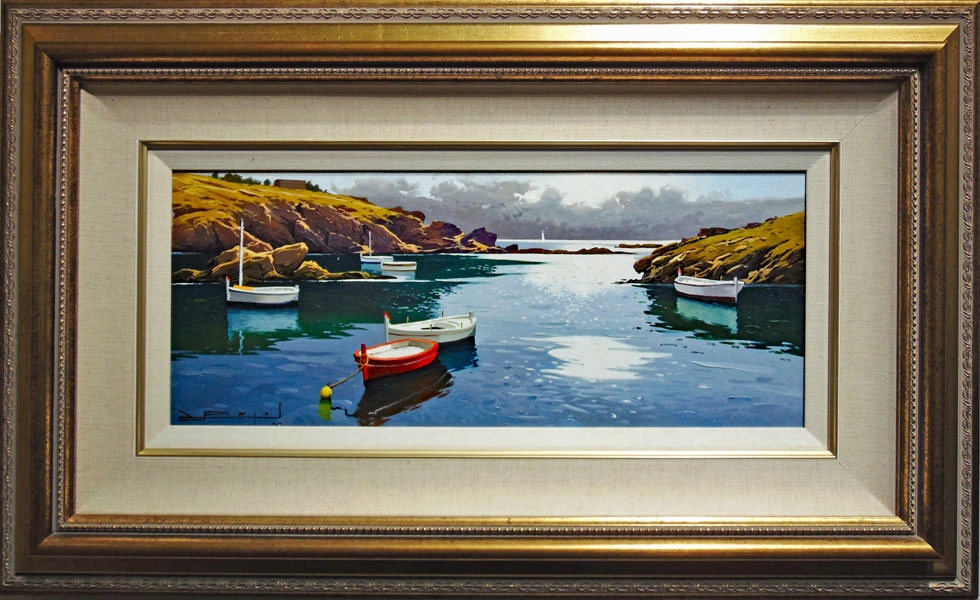 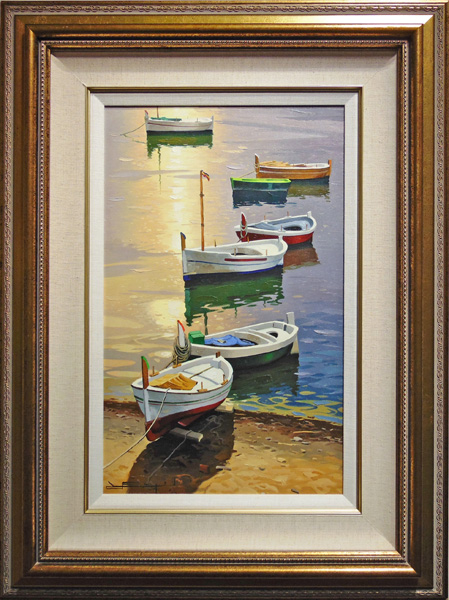 For more than three decades, Ramon Pujol has vividly depicted the clear, crisp land and seascapes of Catalonia and Spain.  His unique translucent style is the perfect medium for transporting the viewer to the most beautiful ports in the world.

Pujol has a deeper goal than just depicting the simple scenes of the Italian Riviera or the Greek Islands.  There is a special Mediterranean light that artists, world over, seek to re-create.  The dreamy seascapes of Ramon Pujol capture not only the sunlit coasts of the Mediterranean but also evoke that sunlight that few artists ever achieve.

Born in 1947, Ramon Pujol was a talented artist from an early age.  He trained at the Escola de Belles artes de Olot.  He trained under two of Catalonia’s finest masters, Lluis Carbonell and Gussinye.  His mastery of the soft brushstrokes and washes created a unique quality of depth, light and “feel” of his native land.

Pujol’s meticulous style shows an exceptional command of the “Costa del Sol” (sunlit coast) which sets his work apart from his contemporaries.  Because of his command of this style, Pujol has received gold medals from the Autumn Salon in Carseille, France, the International Salon in Evian, France, as well as countless awards and medals in his native Spain.  Pujol is of such stature that his work is published and will make an exceptional addition to any collection.

Pujol’s work is already housed in numerous private and corporate collections, as well as the collections of dignitaries throughout the world.  Pujol would give a new collector a work of unparalleled beauty and grace.

Robert Paul Galleries is honored to represent Ramon Pujol, one of Spain’s most prestigious artists.