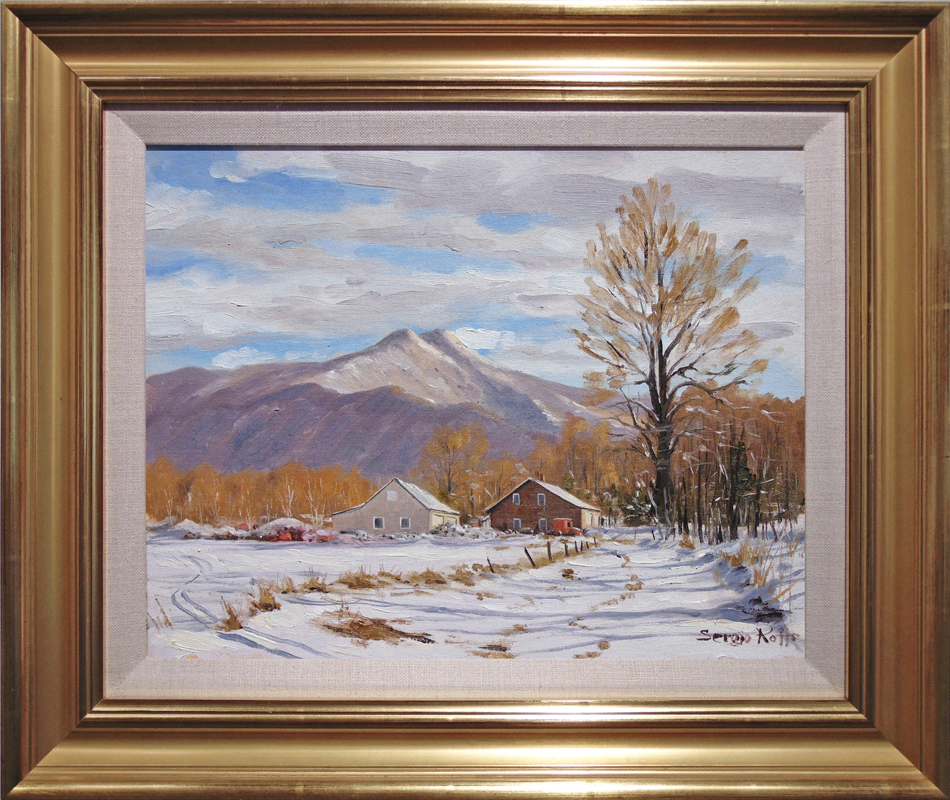 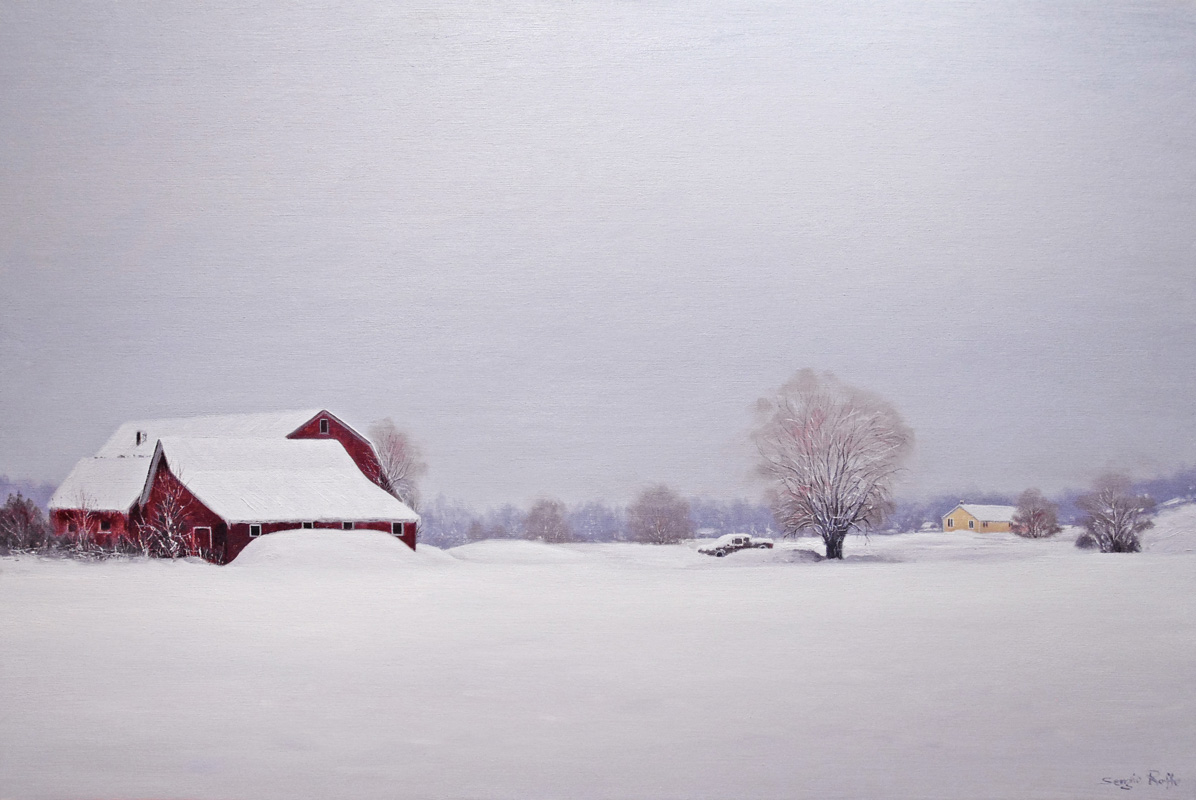 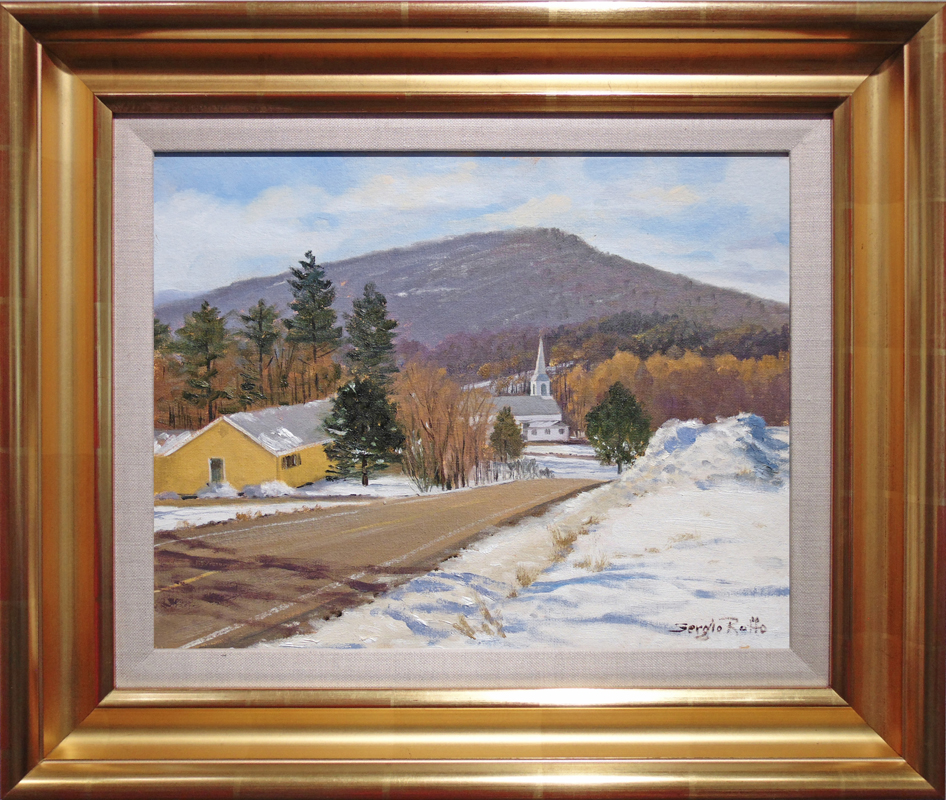 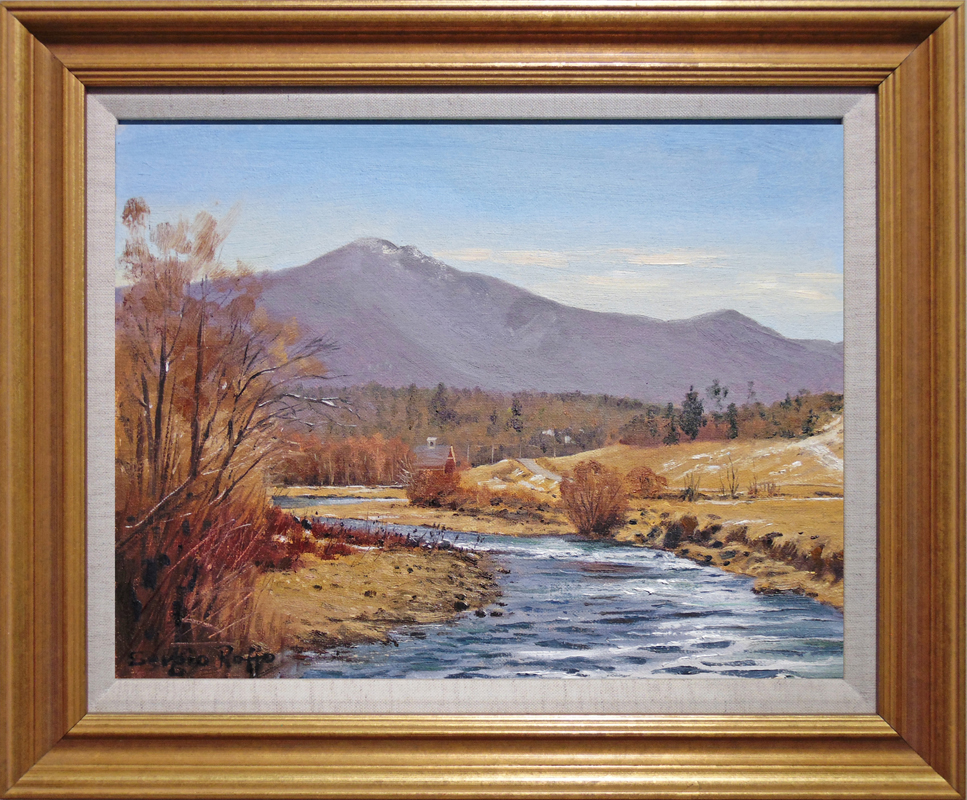 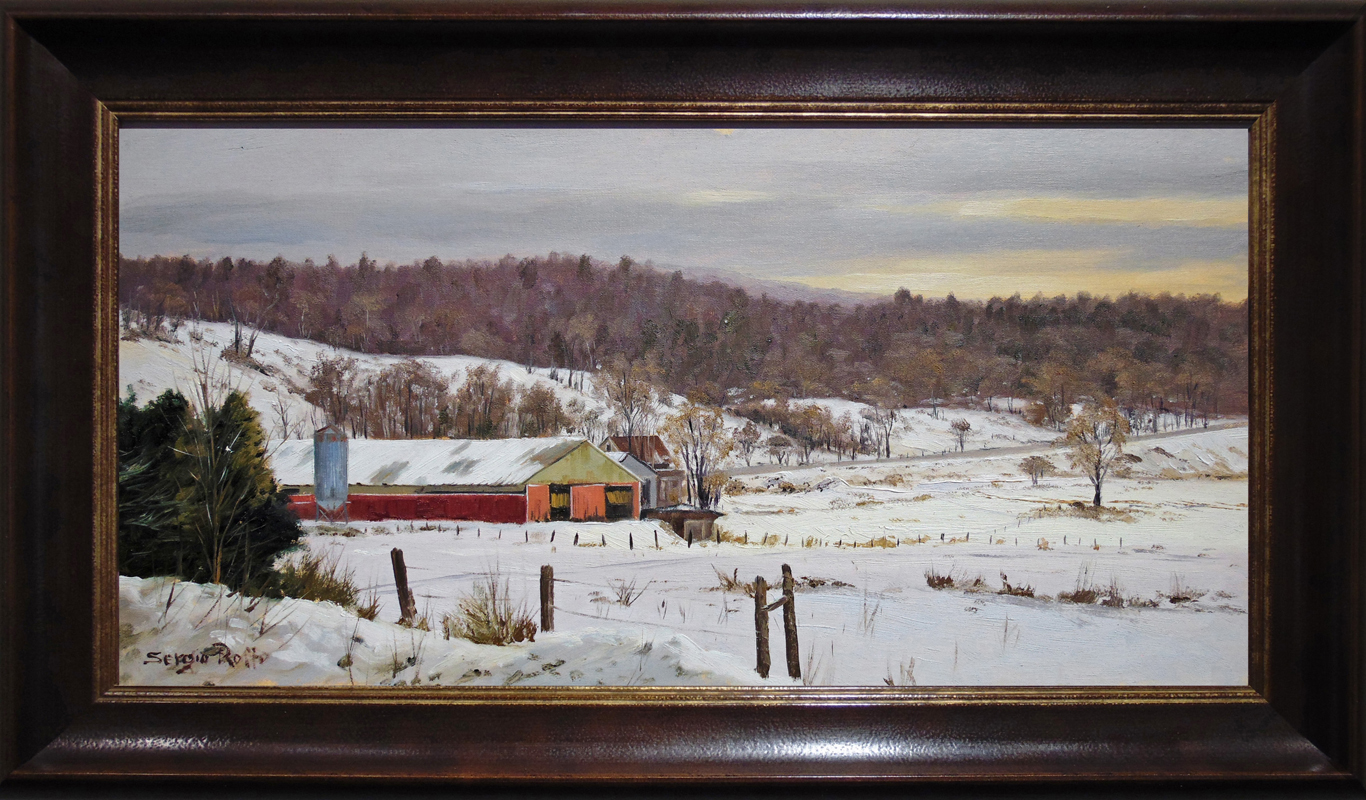 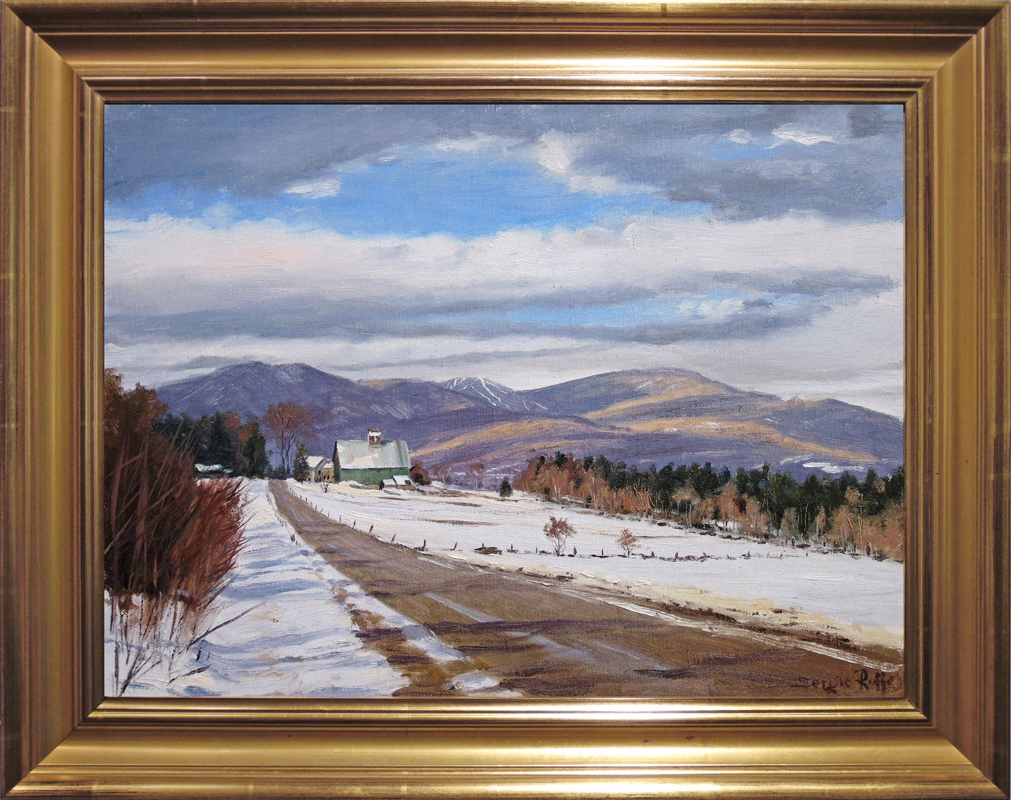 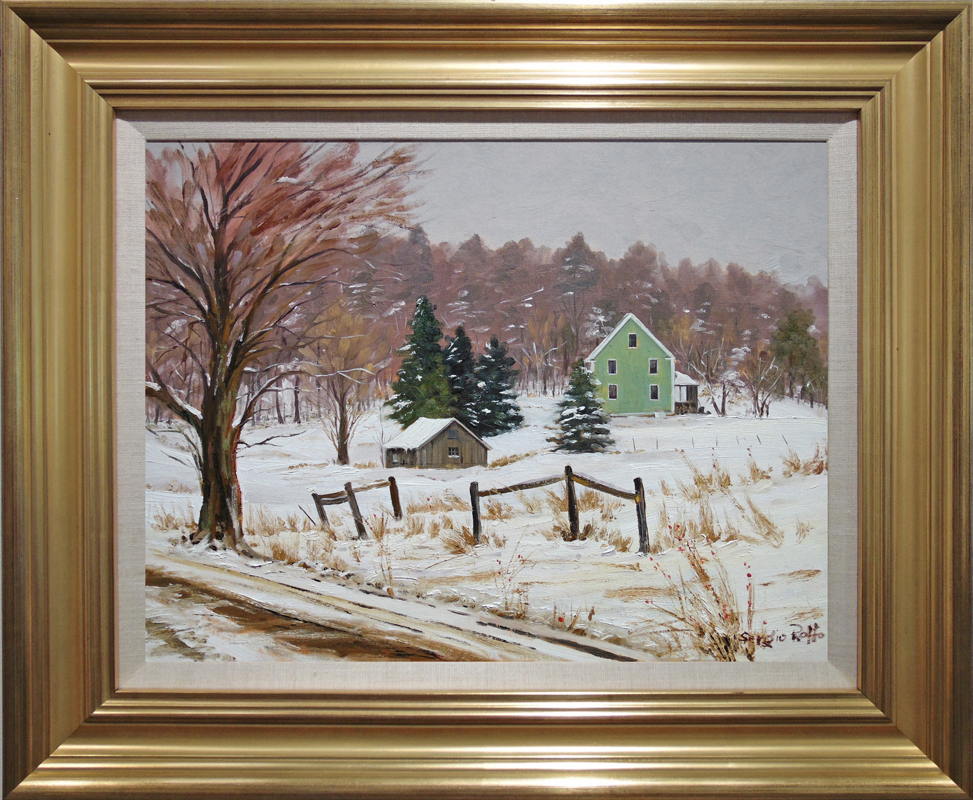 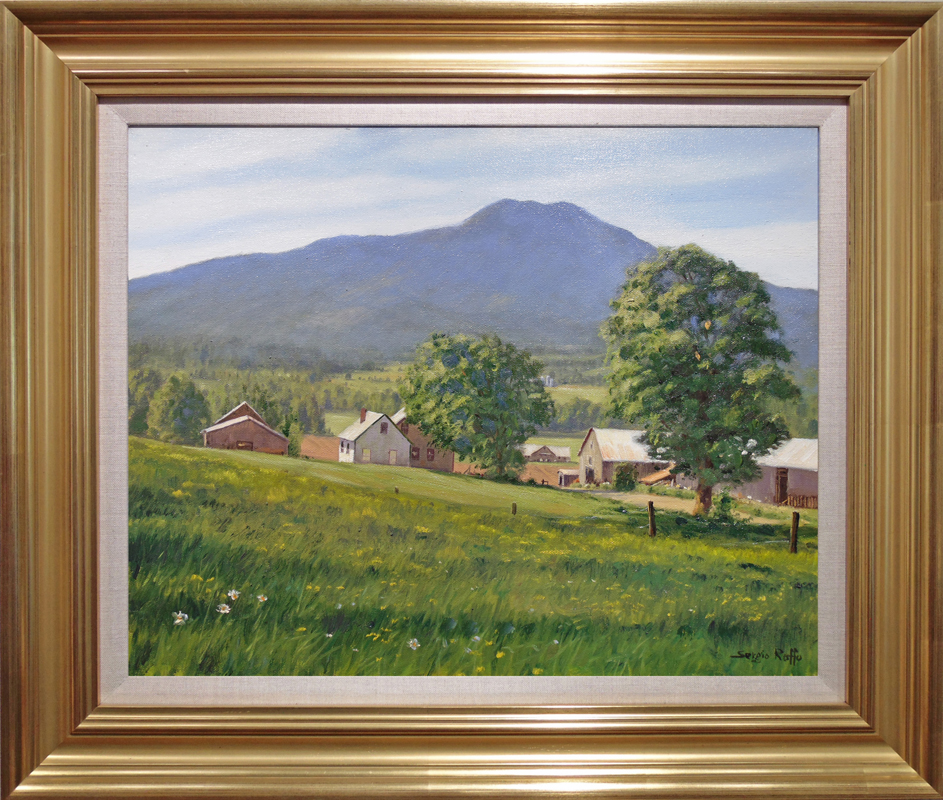 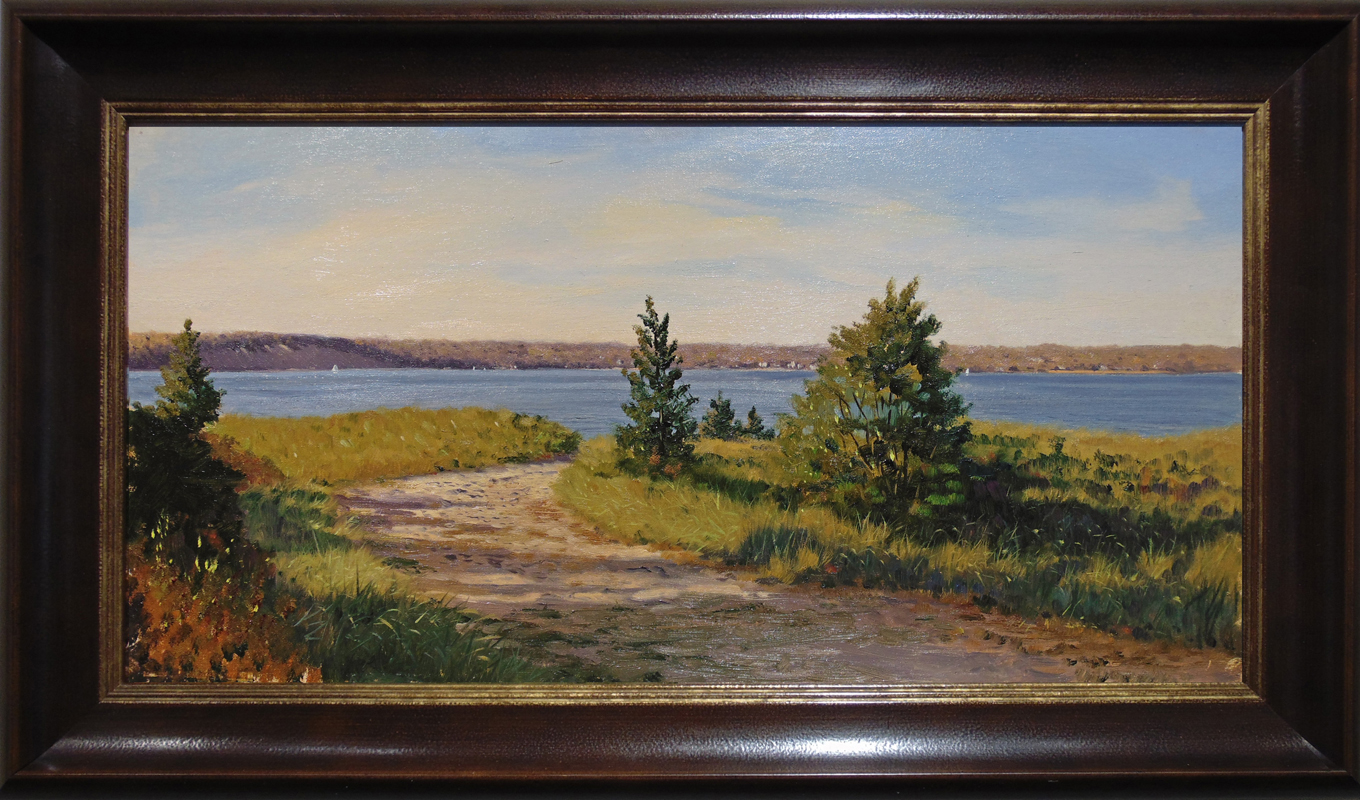 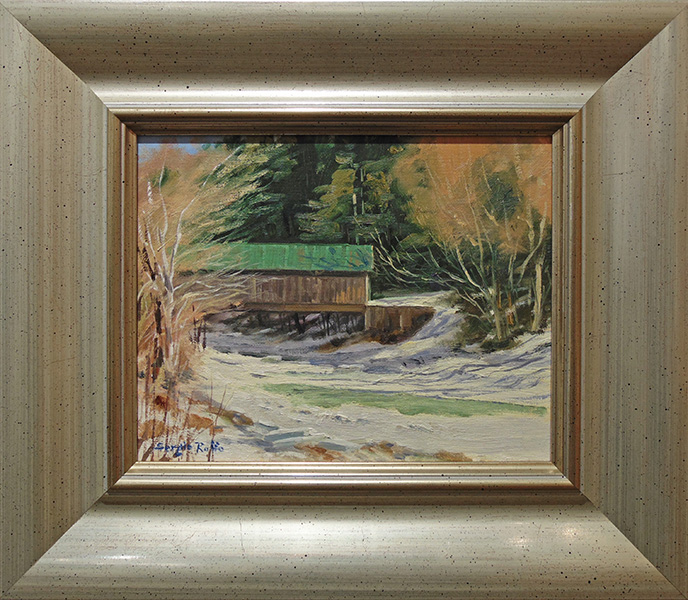 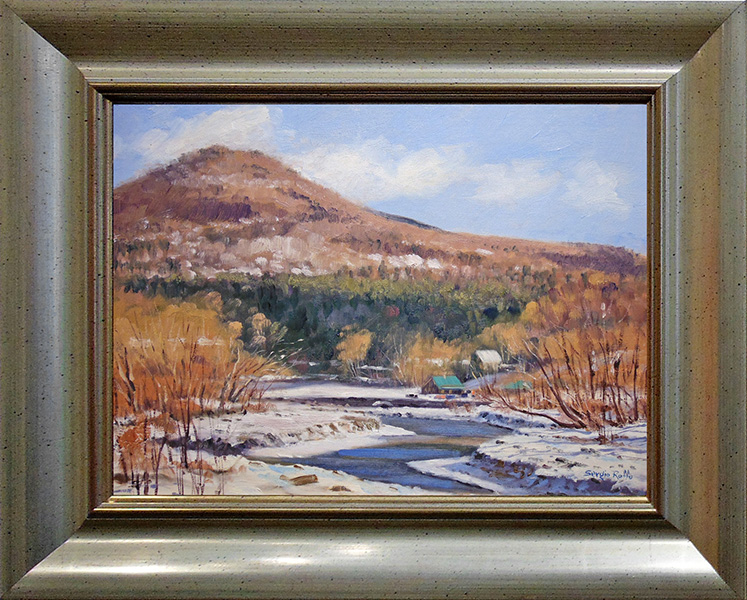 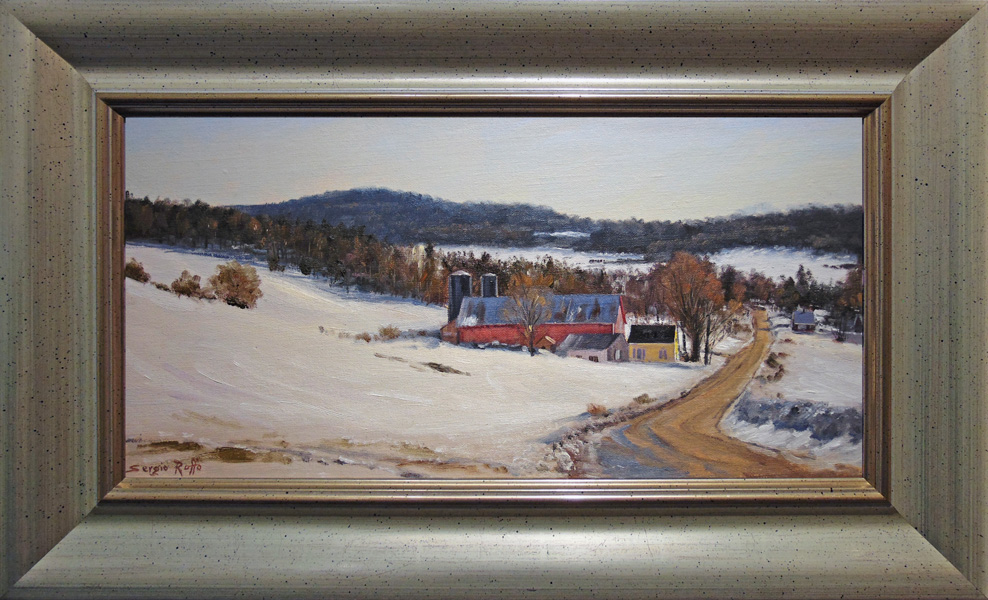 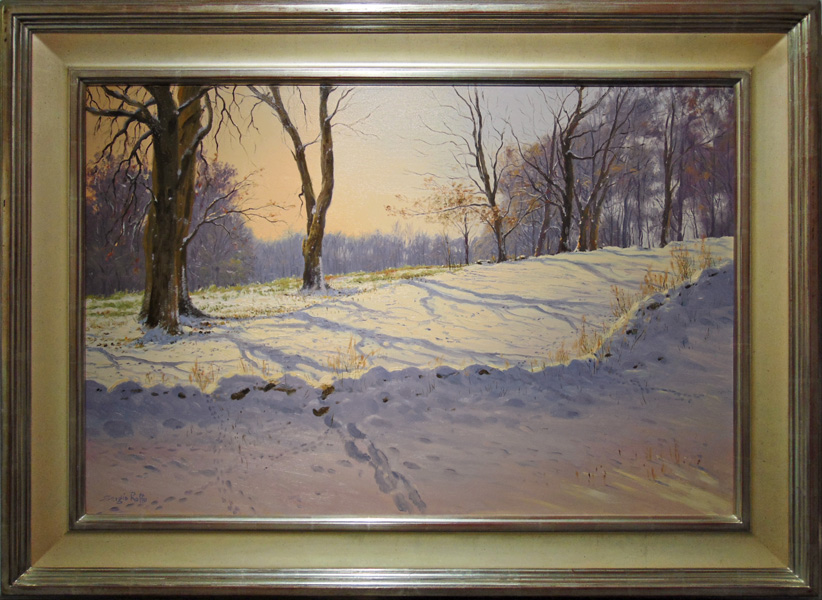 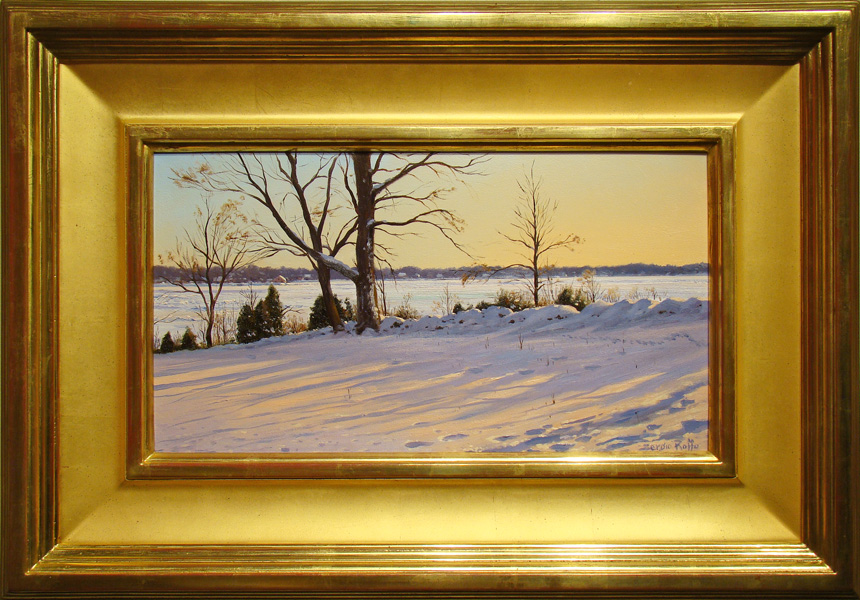 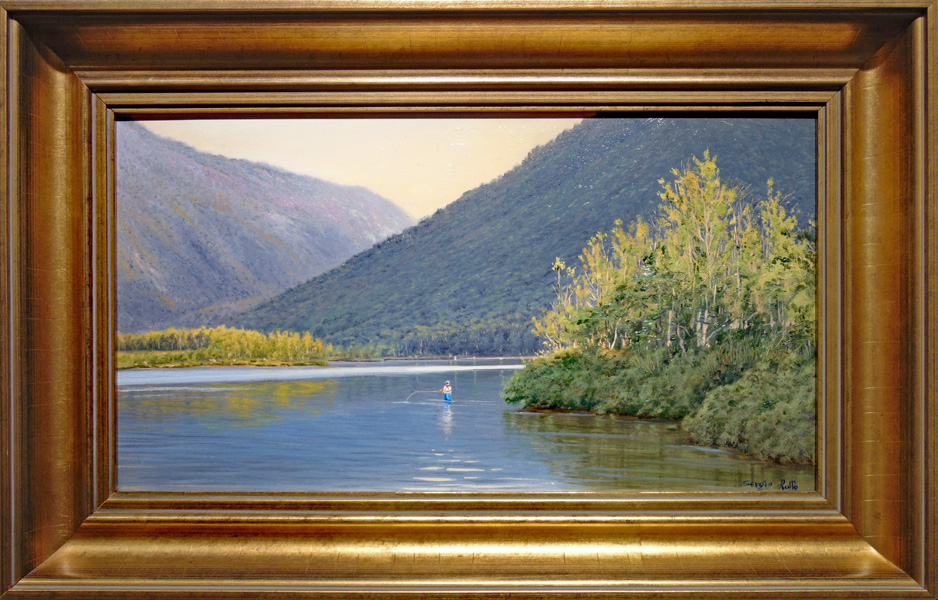 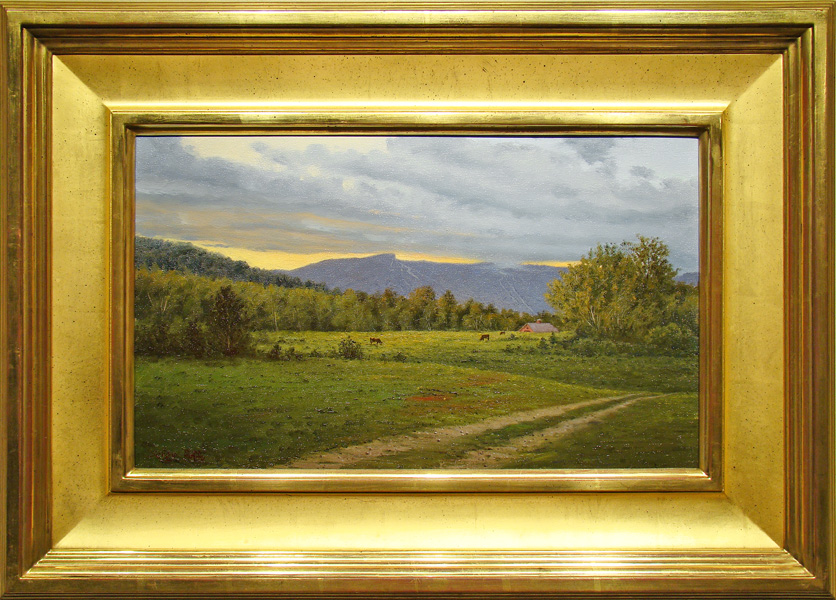 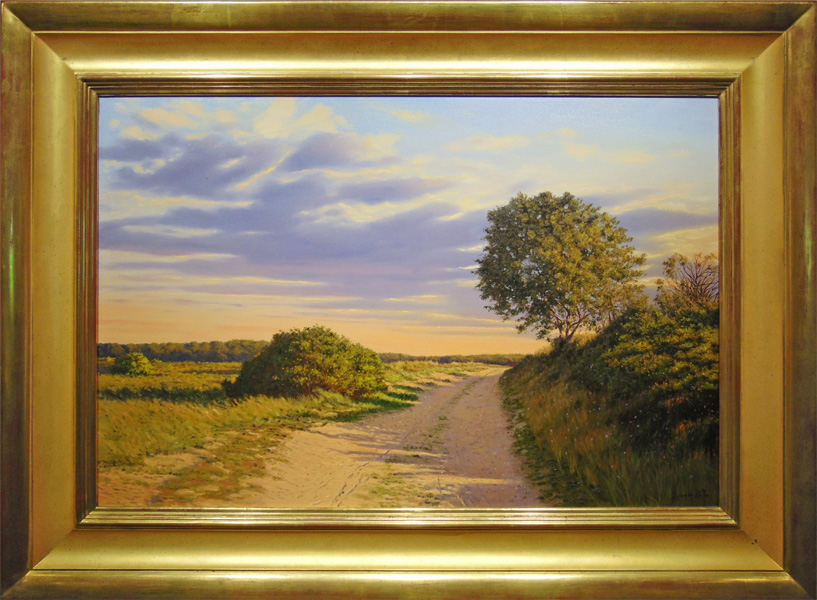 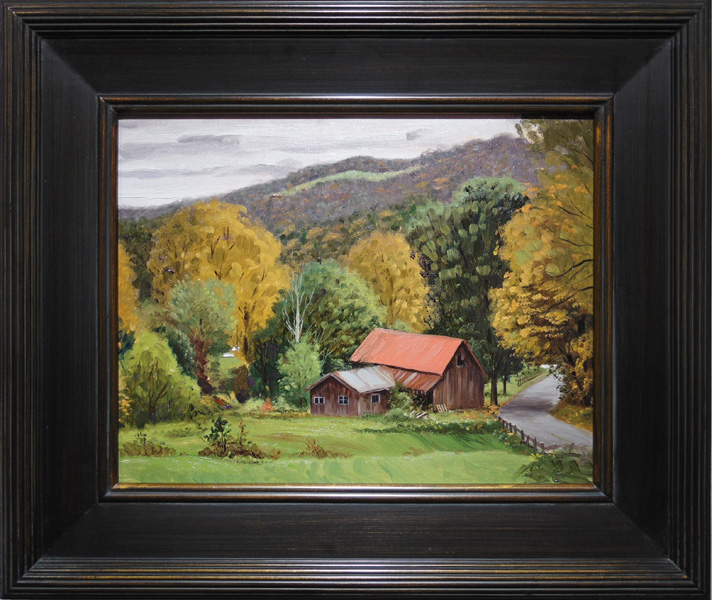 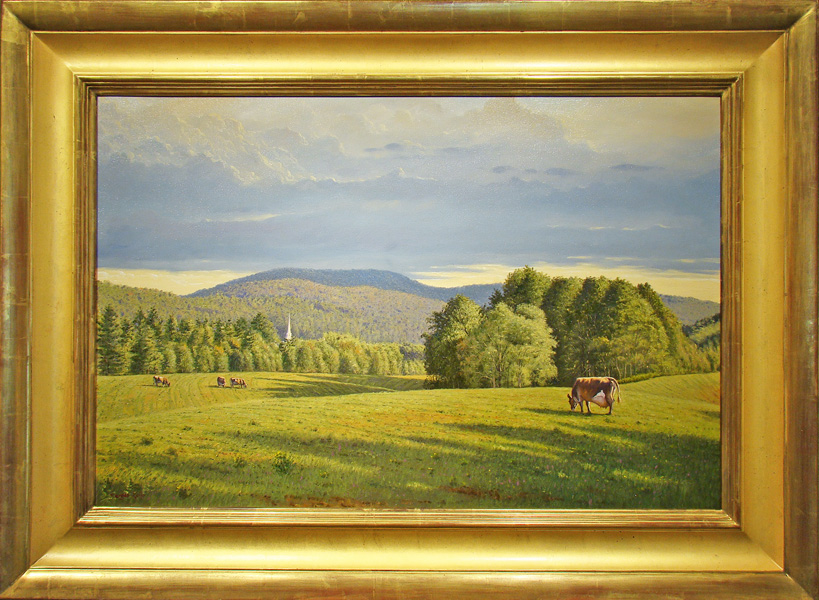 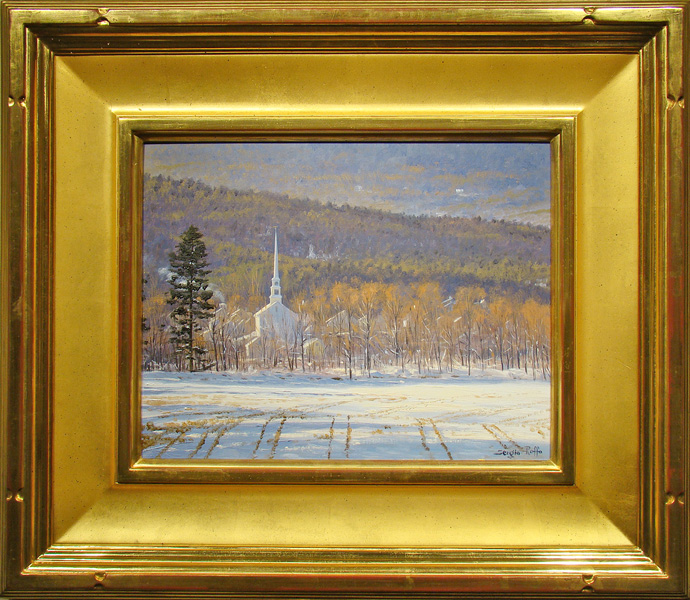 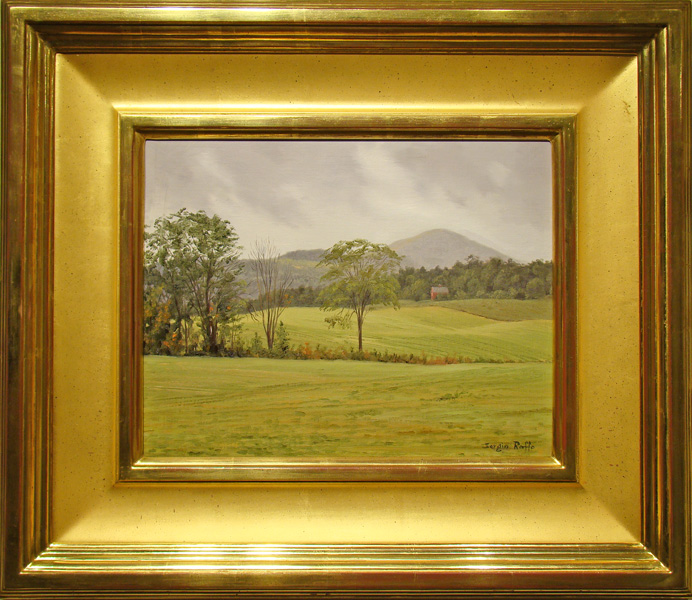 The youngest of six children, Sergio Roffo was born in San Donato Italy in 1953.  His family immigrated to Boston and after high school Sergio attended Vesper George School of Art in Boston, graduating with honors.

Sergio Roffo has been inspired by the work of American traditional painters such as Inness & Bierstadt, among others. Sergio’s representations of landscapes reveal a luminous, masterful feeling. As you view his art, you will discover a precise sense of value and atmospheric perspective that conveys a relaxed sense of calmness; a characteristic that defines and informs all of his works. Sergio’s captivating depictions of the New England landscape have been included in a variety of museum exhibitions and have earned him many awards, including two prestigious “Grumbacher Gold Medals” and the “Yankee Sagendorph Award”; presented by Yankee Magazine.

In 1994, Sergio Roffo was the winner of the Massachusetts Duck Stamp.  When others spend years trying, Sergio won on his first attempt.  He holds the honor of being one of the youngest artists to be designated a “Copley Master” by the Copley Society of Boston. An elected “Fellows” member of the American Society of Marine Artists and an elected member of the Guild of Boston Artists, Sergio’s work is included in many private and publicly owned collections. He has also been selected for inclusion in numerous publications and has been featured several times in American Art Collector Magazine. In 2007 Sergio was selected “Artist of The Year” for “Pops By The Sea” by the Arts Foundation of Cape Cod.

A serious artist, Sergio continually strives to capture the elusive essence that is Nature. “My mission is trying to convey to the viewer the spirituality and sacredness of my work, indicating the harmony of nature through color and light. As artists, our creative goals will never be accomplished. We will always be students of nature, because nature does it so beautifully. We live each day passionately, others only dream of!”

Mr. Roffo along with his wife and two daughters, have a great love of the ocean and live along the Massachusetts coastline.  His interests include gourmet cooking, listening to opera and classical music, gardening, playing tennis and sailing his 18ft. Marshall Sanderling cat boat.

Robert Paul Galleries is proud to be selected to show the works of American artist Sergio Roffo.