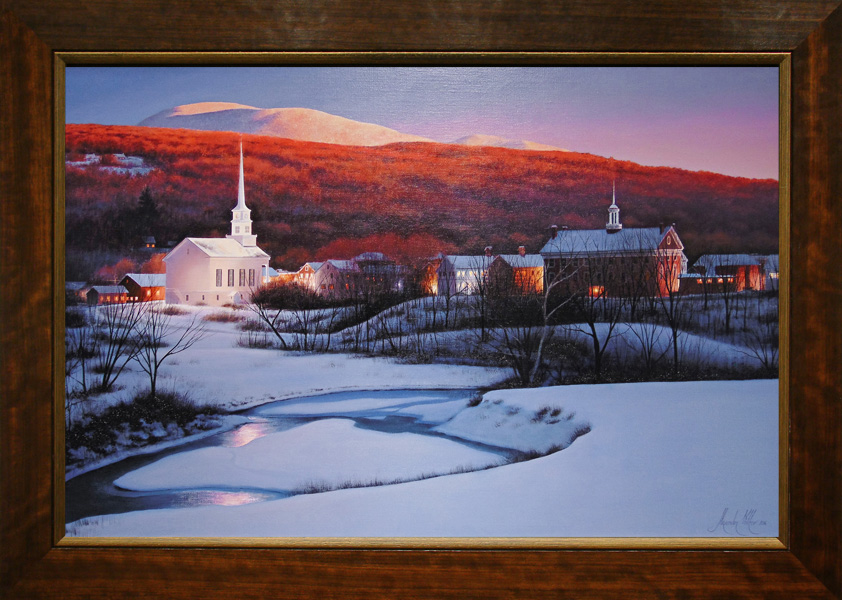 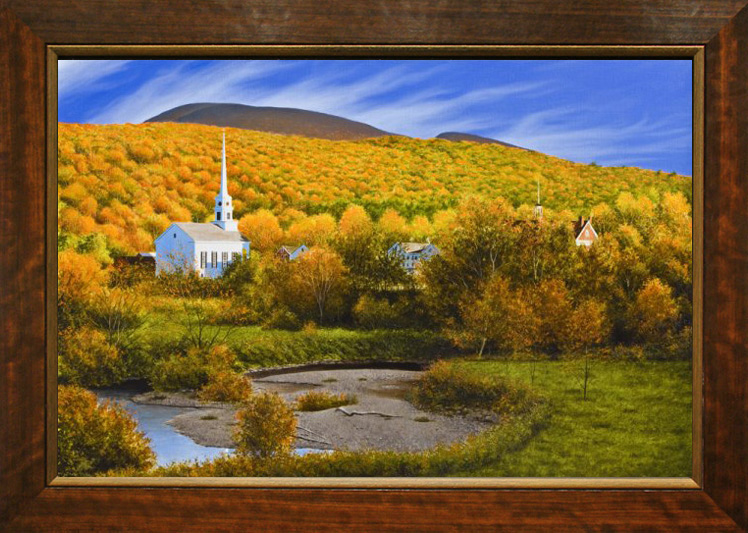 He started painting with oil as a high school student.  From the age of 7 to 17 he attended a special English school and in 1986 graduated from the Department of Physics at Leningrad State University.  Following graduation, Alexander worked as an animator at Leningrad Studio of Science Films and later as a stage artist in a small Leningrad theatre.

In 1981 he began to exhibit his paintings with a group of 200 Leningrad artists known as the “Brotherhood of Experimental Arts”, a conglomeration of “underground” art groups active in Leningrad at the time.  Later, he joined a splinter group called “Ostrov” or “Island” which united 30 artists who felt that, ideologically, their work was neither socialist realism nor extreme avant garde.

Reluctantly, he calls himself a “self-taught” artist.  “We really teach ourselves.  If you want to learn, you will always find someone to learn from, be they dead or alive, great or unknown, you will learn from everything you see and hear around you – if you are willing to pay attention. perhaps, during my forming years, I have made a lot of unnecessary mistakes, but at the same time I have had the enormous advantage of picking my own teachers.”  And so they were: William Turner, Vermeer, Franz Hals, Rembrandt and many others from the previous centuries as well as Edward Hopper, Maxfield Parrish and Andrew Wyeth of the 20th century.  They also were Beethoven and Satie, Nabokov and Steinbeck, Einstein and Tarkovsky.  They were school and university friends, physics professors and struggling artists.  “They have all taught me something – how to see, how to hear, how to understand things and, most importantly, how to understand myself.  I cannot separate any one of their voices from the voice which I hear inside of me and which has become my own voice.”  Combining a lifelong fascination with architecture, landscape and still-life subjects, Alexander brings drama and poetic expression into his work.

With his unique vision, he merges mood and atmosphere, evoking powerful emotions that create harmony.  “There is no greater mystery to me than the conflict of light and dark.  In the way they clash and penetrate each other, there is the source of everything.  Whether I paint a landscape, a still-life or a portrait, within it there is always a story of light traveling through darkness.”

Alexander paints landscapes, portraits and genre paintings and is available for commission.

He lives with his partner composer Heidi Breyer, in Frenchtown and altogether they have five children.