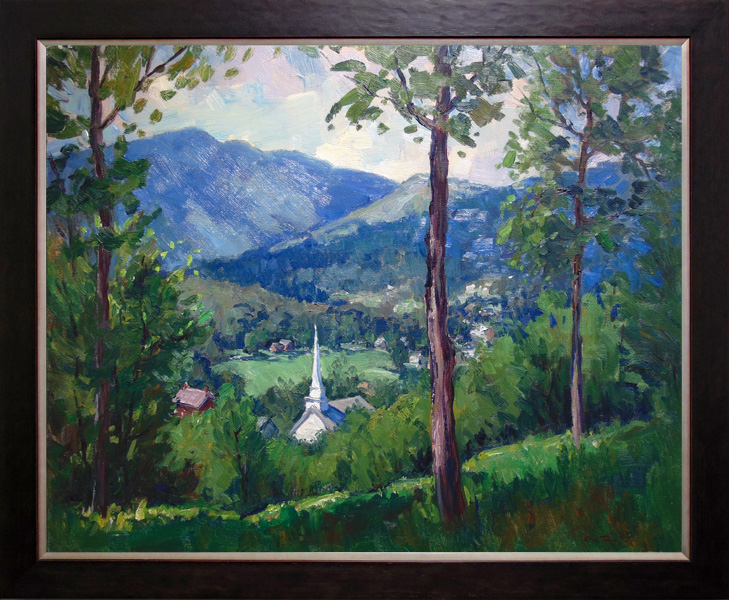 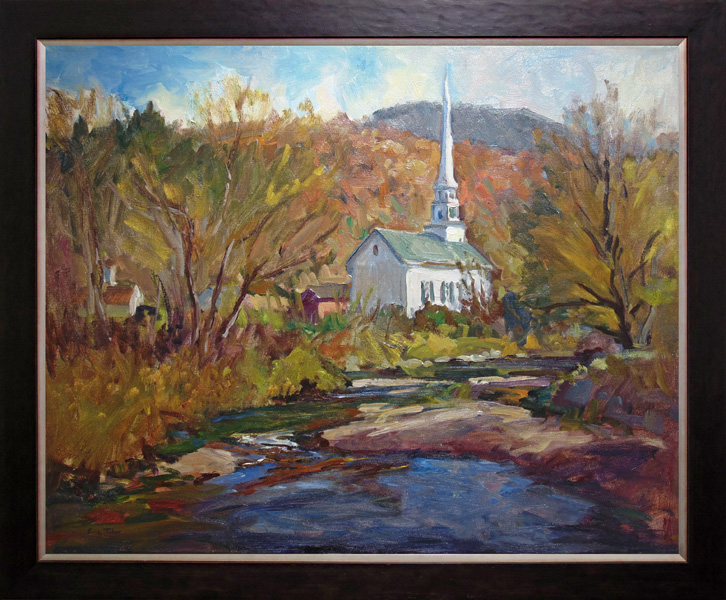 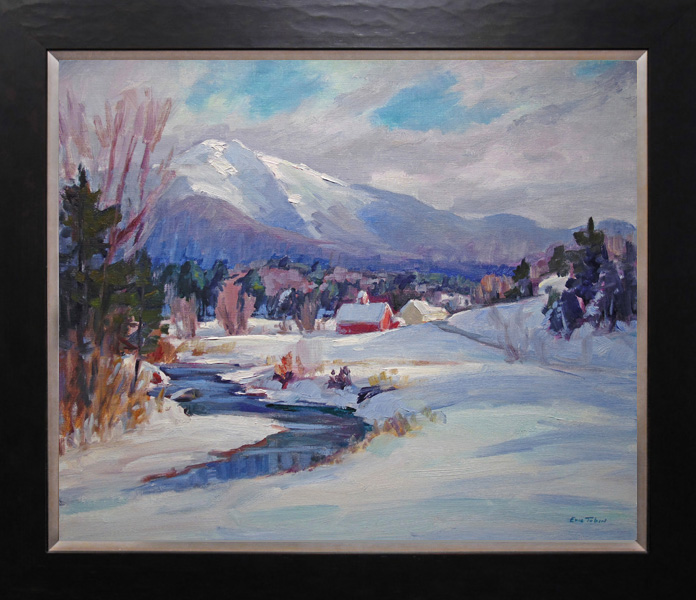 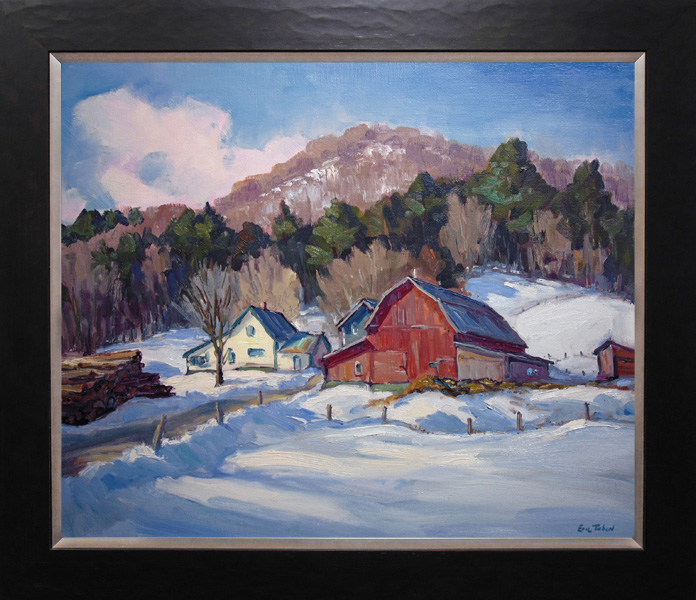 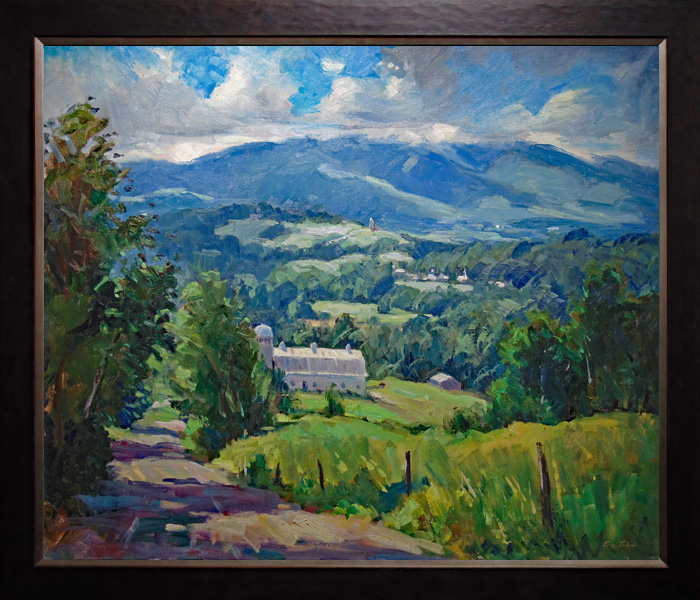 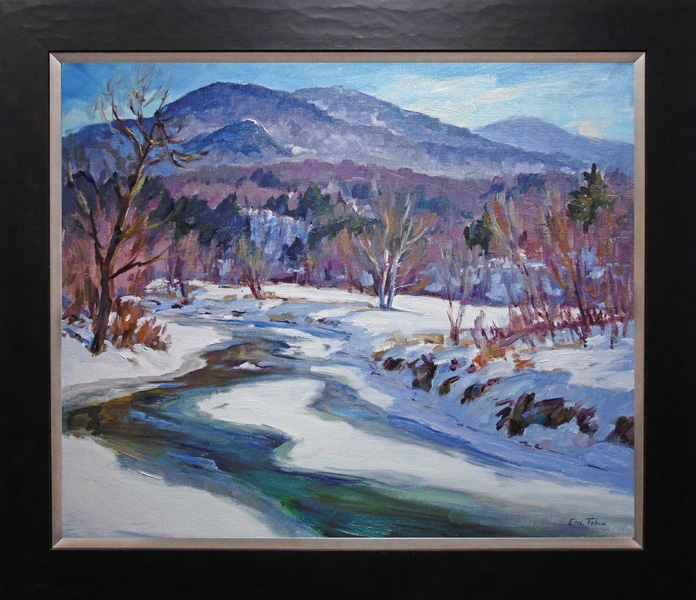 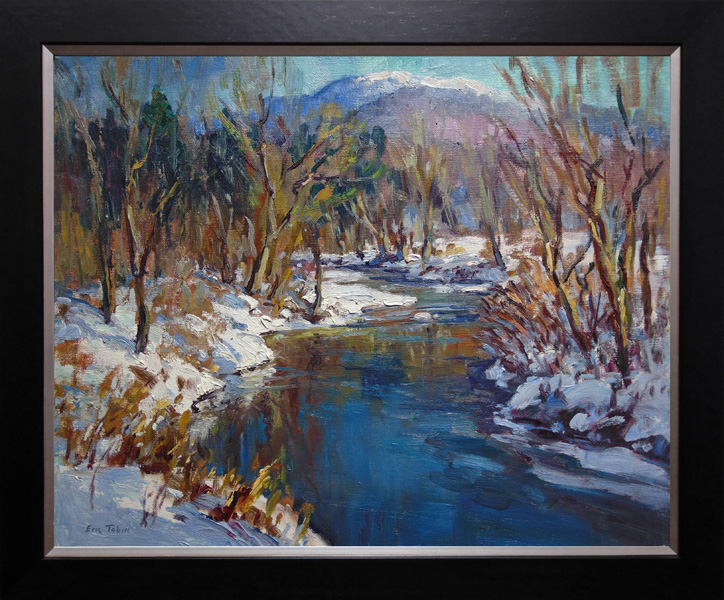 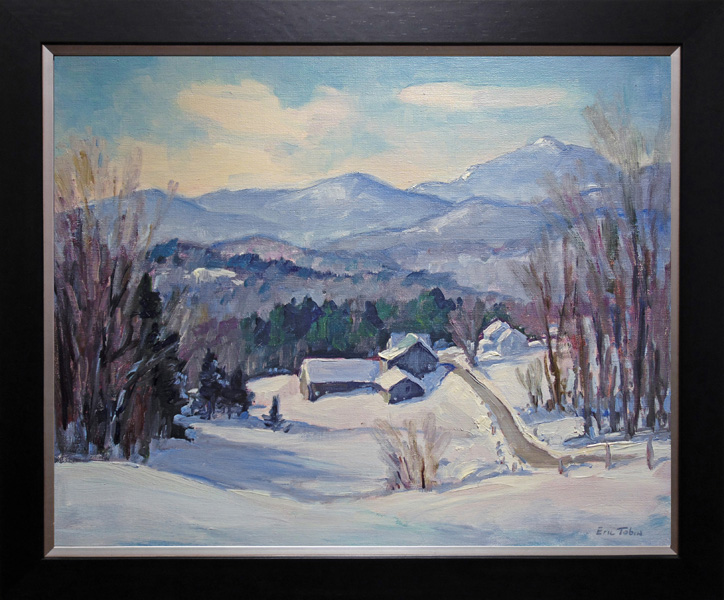 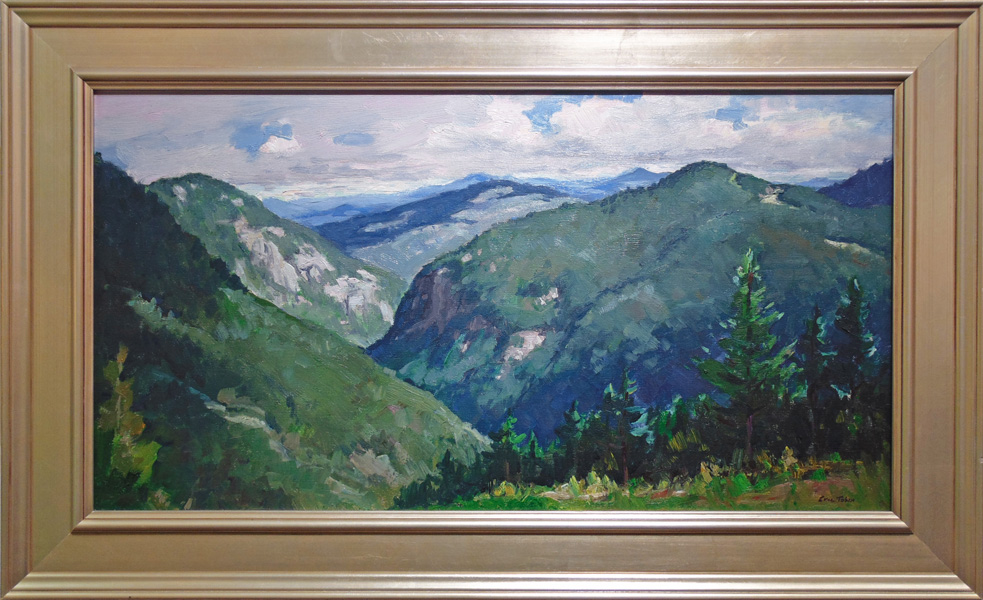 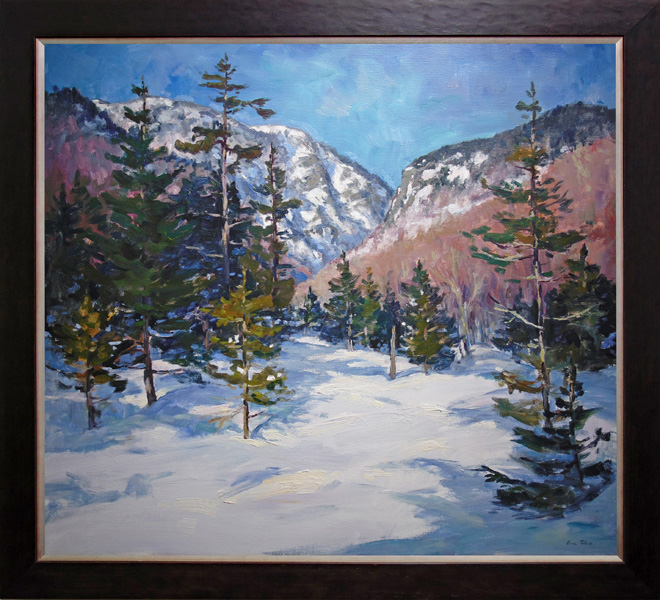 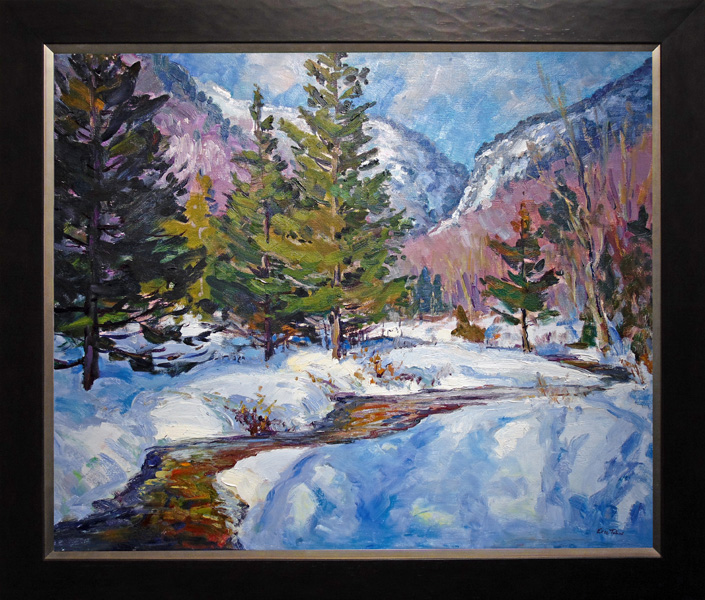 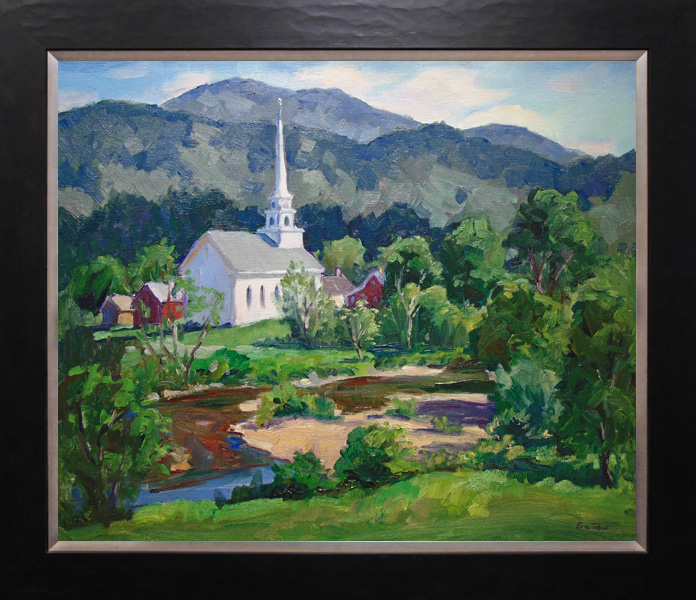 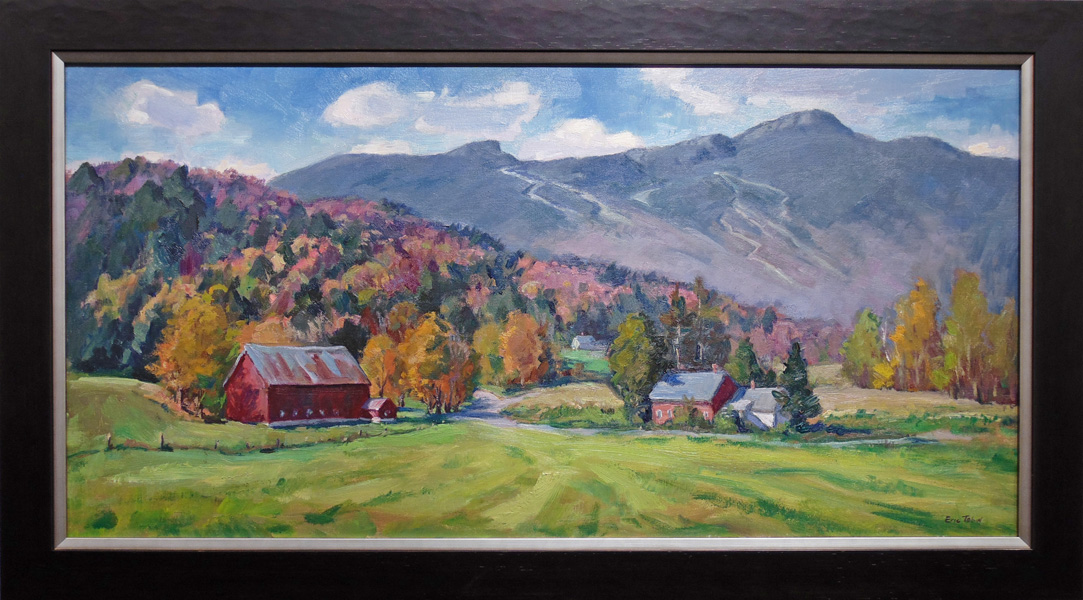 Eric Tobin is a highly regarded and widely collected Vermont landscape painter.  His style and subject matter have a universal appeal, primarily due to his unique ability to capture the beauty of the moment, the light, and the setting.  His love for his native Vermont can be seen in his work.  All of his work is created plenaire regardless of time of year, setting, or rapidly changing conditions.

Eric Tobin has been interested in painting and drawing since childhood.  Thomas Curtin, a very well-known Vermont landscape artist influenced him by giving him his first set of paints at the age of twelve.  Eric remembers standing beside his mentor for hours on end watching him paint when he was a young boy.  He was very impressed with and stimulated by his artwork and always felt fortunate to have known Thomas Curtin.

He likes the solitude of painting by himself or with his daughter, Eliza.  By painting directly outdoors, Eric sees things he would miss from just looking at a photograph.  In particular he tries to capture the landscape, the time of day, the season of the year, by the way the light plays on different objects.  “I strive to paint the feeling of a place and particularly like painting in the winter, spring and fall,” he says.