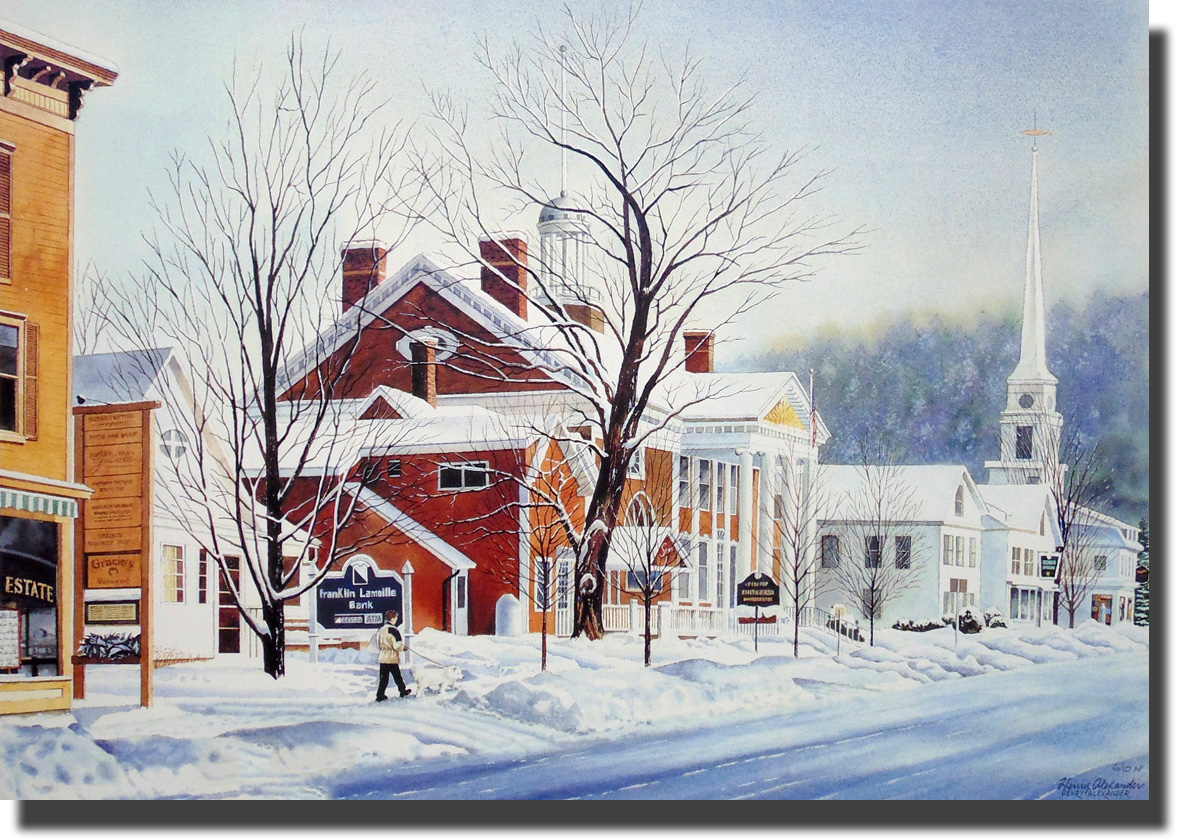 Born and educated in New Bedford, MA., Henry’s interest in art began at an early age with a love of drawing. After high school and a tour of duty with the U.S. Navy, he returned to New Bedford and completed four years of art school at the Swain School of Design.

Upon graduation, Henry began a successful free-lance career as an illustrator and commercial designer. He formed a long association with the New England Telephone Company lasting thirty-one years. In 1962 he designed the “Walking Fingers” logo and within a year it became the national trademark for the “Yellow Pages”.  Living on Cape Cod allowed him to paint and to exhibit his watercolors in Provincetown and Brewster, where he had his own successful gallery for ten years.

His desire for proficiency in watercolors led to further study with John Hare of Provincetown and Francisco Raposa of Dartmouth, MA.  Henry moved to Vermont in 1994 and lived in Stowe until his passing in 2016.  During that time he painted watercolors of Vermont’s endlessly inspiring beauty.  His watercolors are now in private collections throughout the U.S., Canada, England and France.