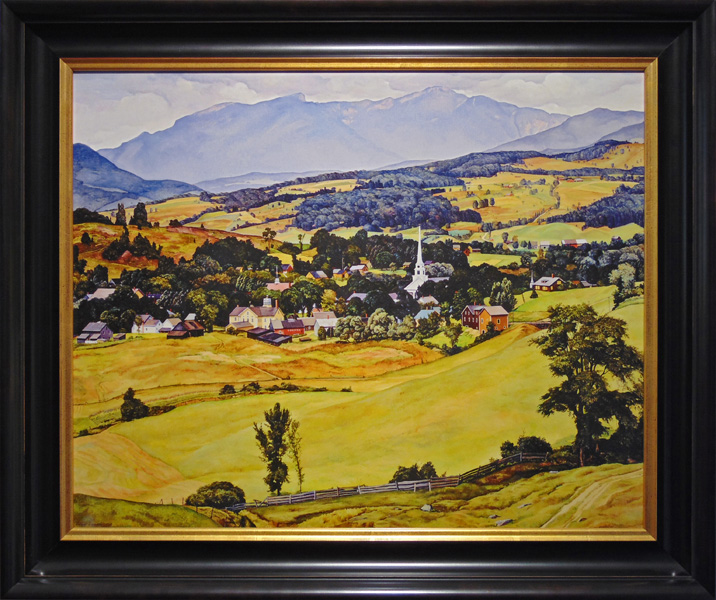 Luigi Lucioni, was a realist painter known for his landscapes and portraits.

Luigi Lucioni was born in 1900 in Malnate, Italy.  Malnate is in northern Italy near Milan.  Luigi came to the United States when he was 10 years old.  He studied at Cooper Union and the National Academy of Design, where he became a full member.

Luigi painted with precision and conviction and had considerable success early in his career.  By popular vote, he won the first prize at the 1939 Carnegie International Exhibition for his portrait of Ethel Waters.  Also by popular vote, paintings of his won first prize at the Corcoran Biennials of 1939, 1941, 1947 and 1949.  For his sharply observed paintings of the hills, trees and houses of Vermont, he was at one time called Vermont’s painter laureate.  Luigi’s work is in the collections of the Whitney Museum of American Art and the Metropolitan Museum of Art.

He loved opera and painted portraits of many opera stars, including Arturo Toscanini.  He also enjoyed playing the piano. Luigi Lucioni died in 1988 at his home in Greenwich Village.  He was 87 years old.

Robert Paul Galleries is proud to show the work of Luigi Lucioni.