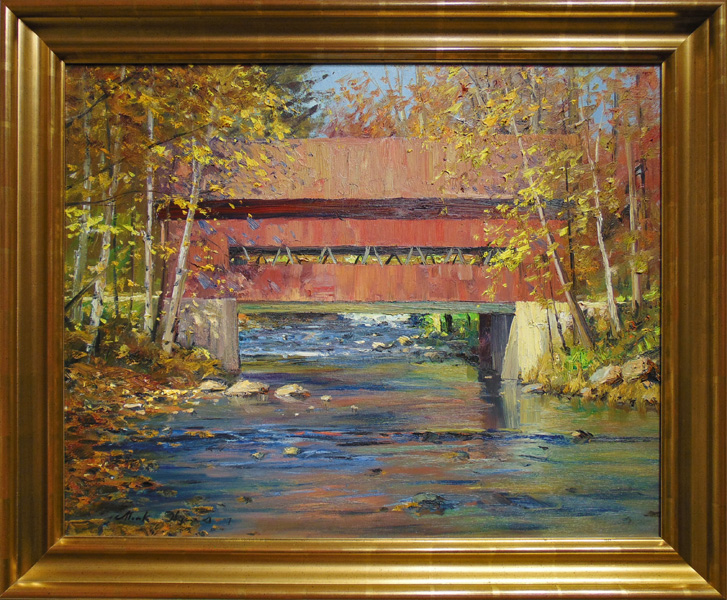 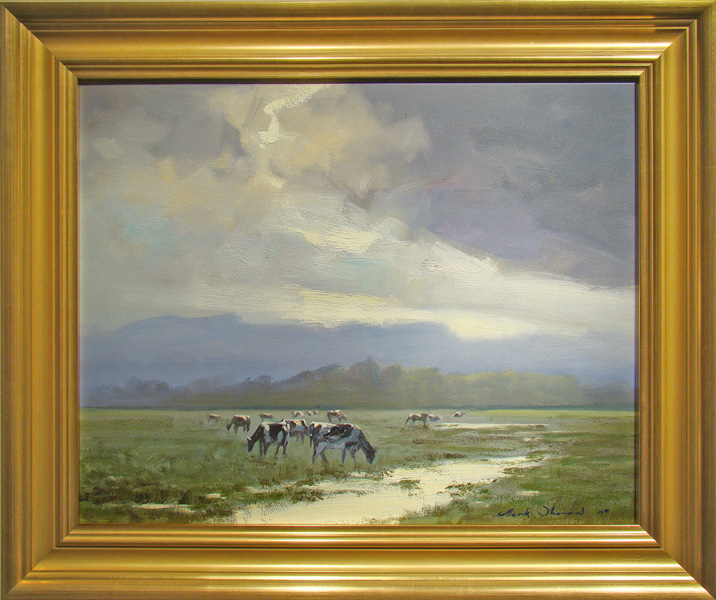 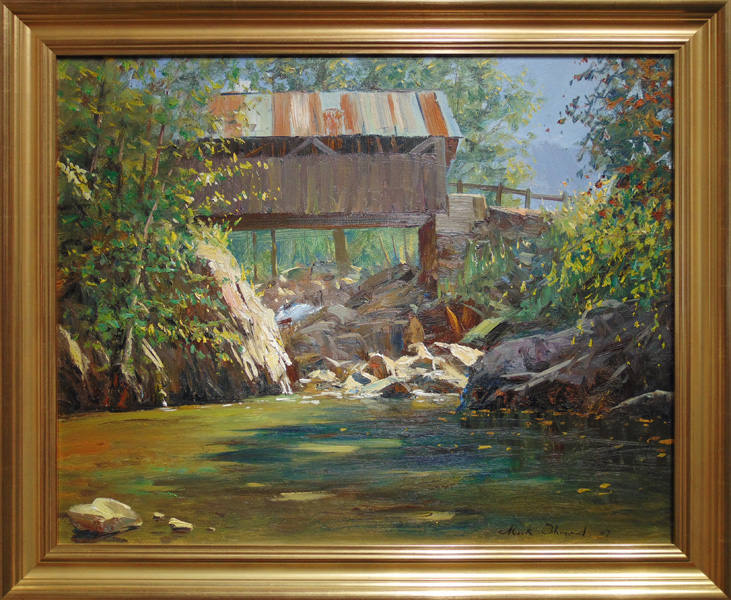 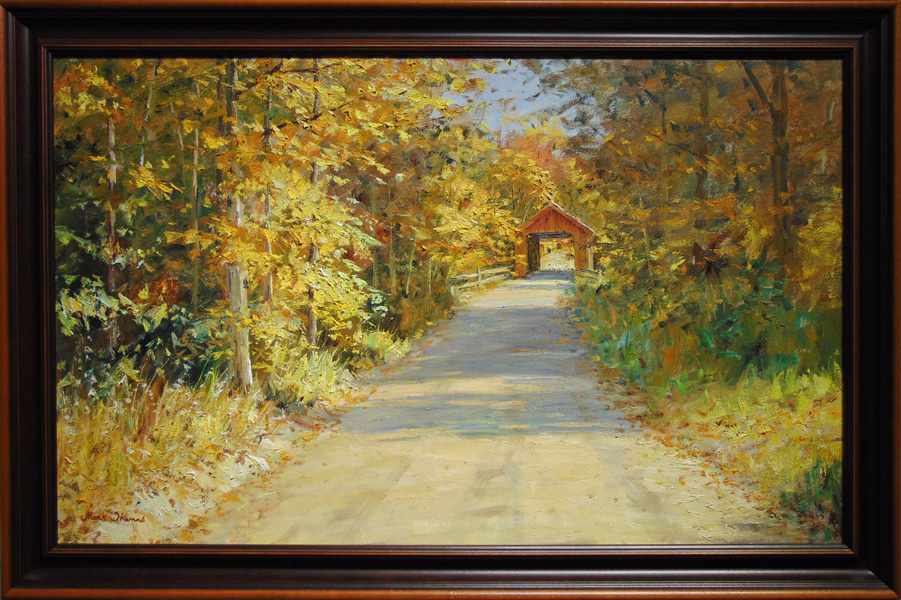 Mark Thomas was born in 1955 in Queenstown, New Zealand.  He attended the Queenstown District High School (now Wakatipu High School) where his early ability was fostered by his art teachers.

He lives with his wife Michelle and four sons in a home on Little’s Road, Dalefield, near Queenstown.  They designed the home which is on twelve acreas of land and features a pond surrounded by willows which Mark constructed.  The endless moods and unusual lighting peculiar to the area are captured by Mark in his paintings and he spends a great deal of time watching the play of light on his pond, sometimes taking weeks before committing it to canvas.

The Impressionists, Pissaro, Renoir and Monet in particular, impressed him deeply and influenced his style.  Mark says that the door to Impressionism is wide open and he visualizes a lifetime of painting in this medium, capturing on canvas the play of light on the ever changing landscape.  Mark’s ambition is that people feel his paintings, that viewers see his art with their spiritual eyes, and that on canvas he will be able to convey emotions by way of color, form and texture.

Robert Paul Galleries is proud to bring the works of Mark Thomas to the American Collector.