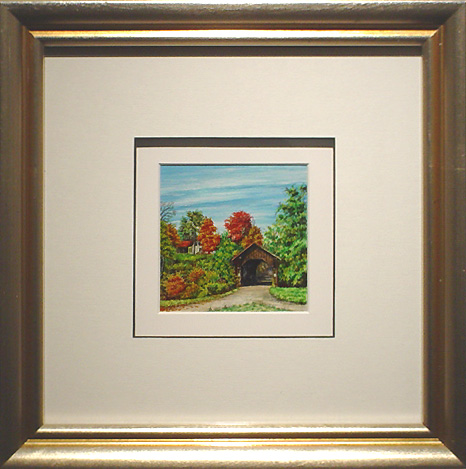 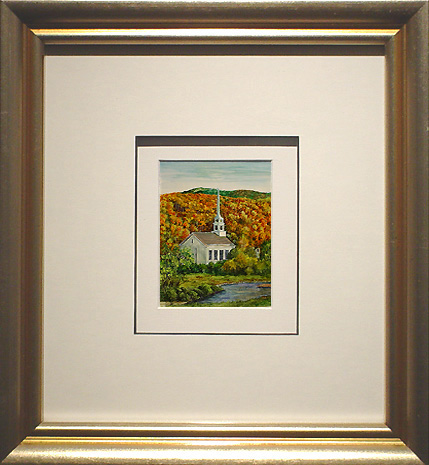 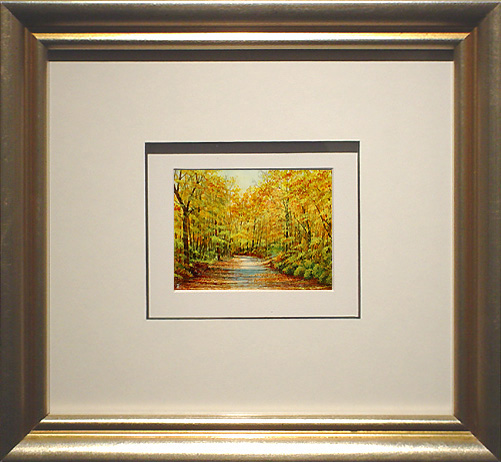 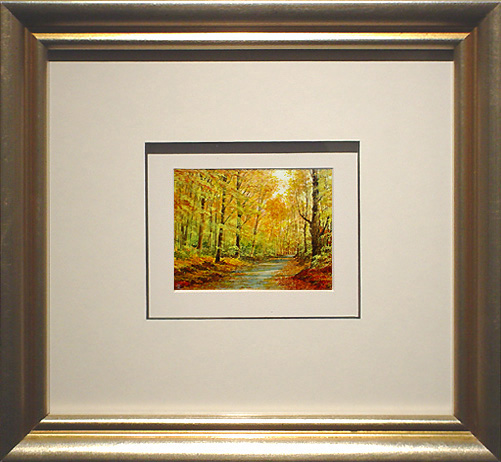 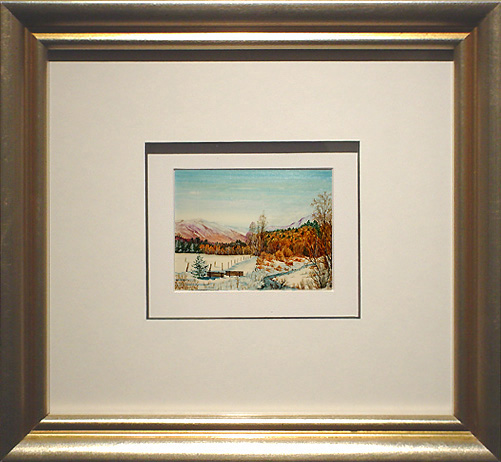 As an engineer he has traveled widely through his involvement with the oil industry and his paints inevitably went with him on these travels. He also lived in India for four years and held a one-man show in New Delhi. He has exhibited in many galleries including the Medici in London and the Society of Limners.

His work is now held in many collections both at home and overseas and his miniatures are particularly valued and sought after for their focus and detail. He also paints larger works in oil and acrylics, which allows him to escape from close confines of the miniature.

For the past 25 years, Trevor has lived in the village of Ramsbury in the Kennet Valley of Wiltshire, an area that provides much of the material and ideas for his country scenes. Trevor also has a Vermont connection; his daughter who lives in Montpelier. This connection has made him familiar with the area allowing him to paint authentic Vermont scenes.

Trevor has spent a great deal of time developing his style and techniques as well as experimenting with the painting surface for miniatures. He believes he has developed a painting surface ideally suited to his technique and one that will help maintain the work in perfect condition for many years.

Robert Paul Galleries is proud to bring the works of Trevor Young to the American Collector.