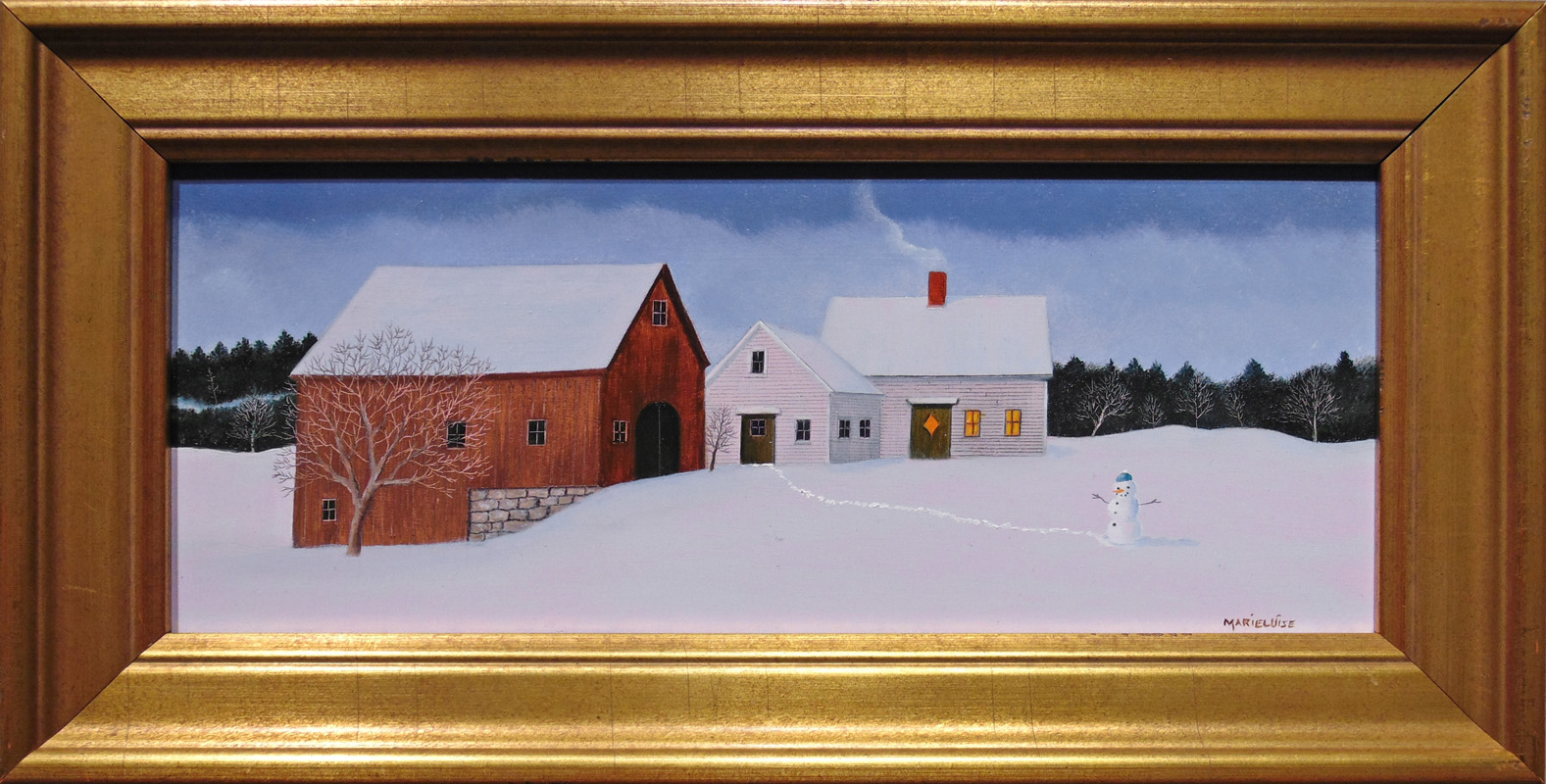 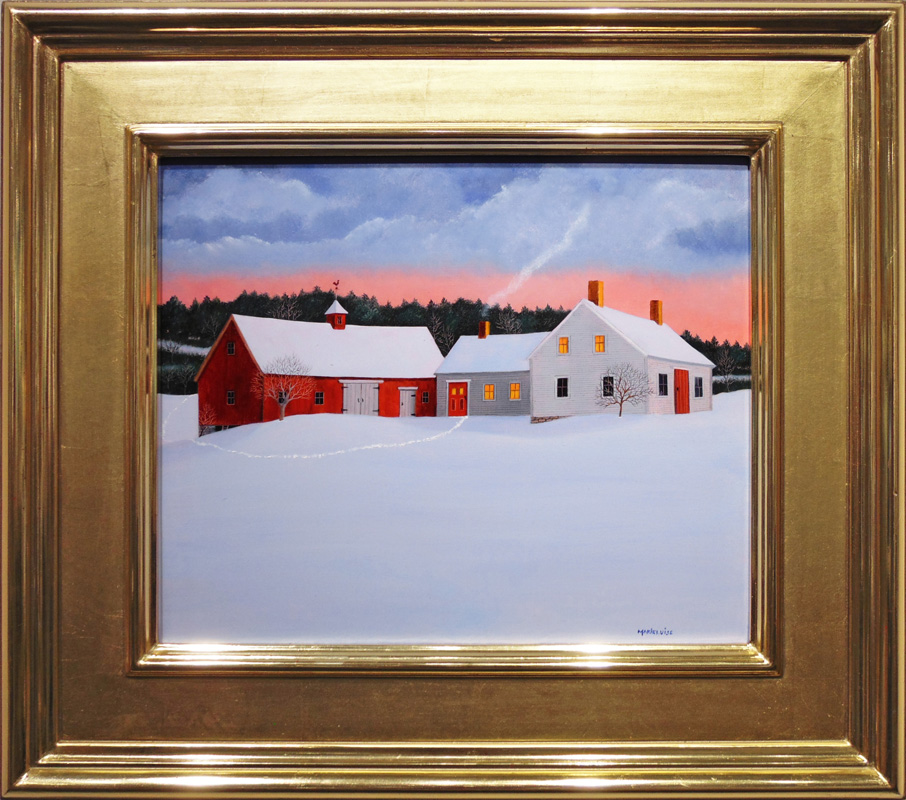 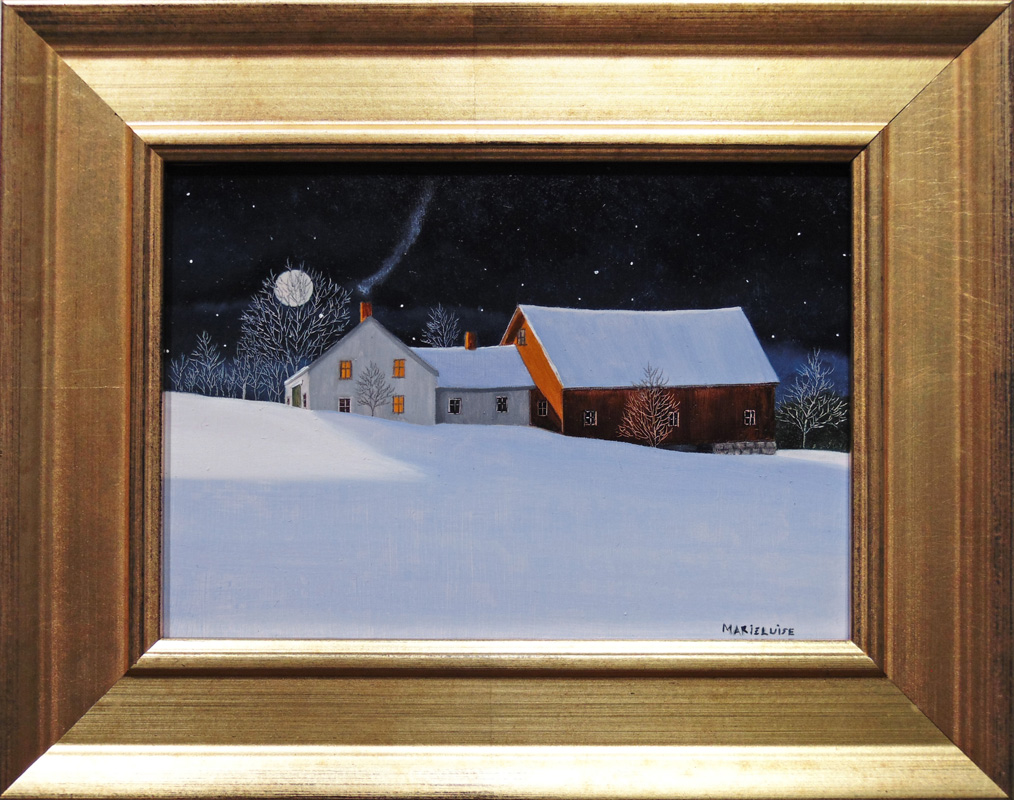 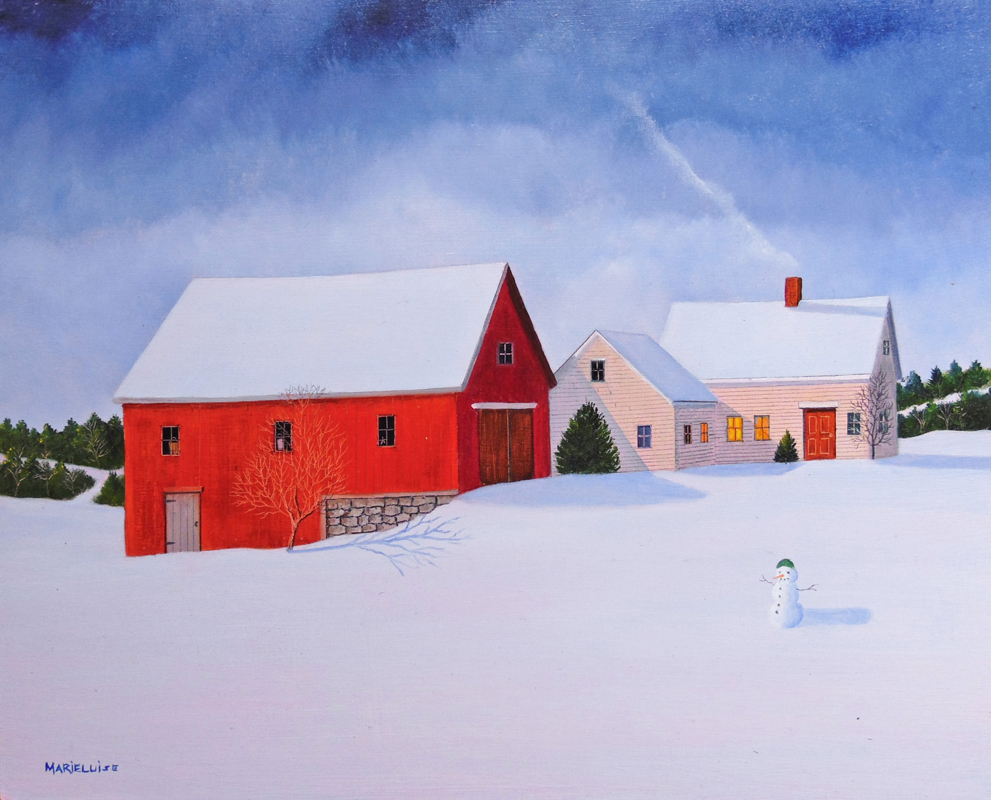 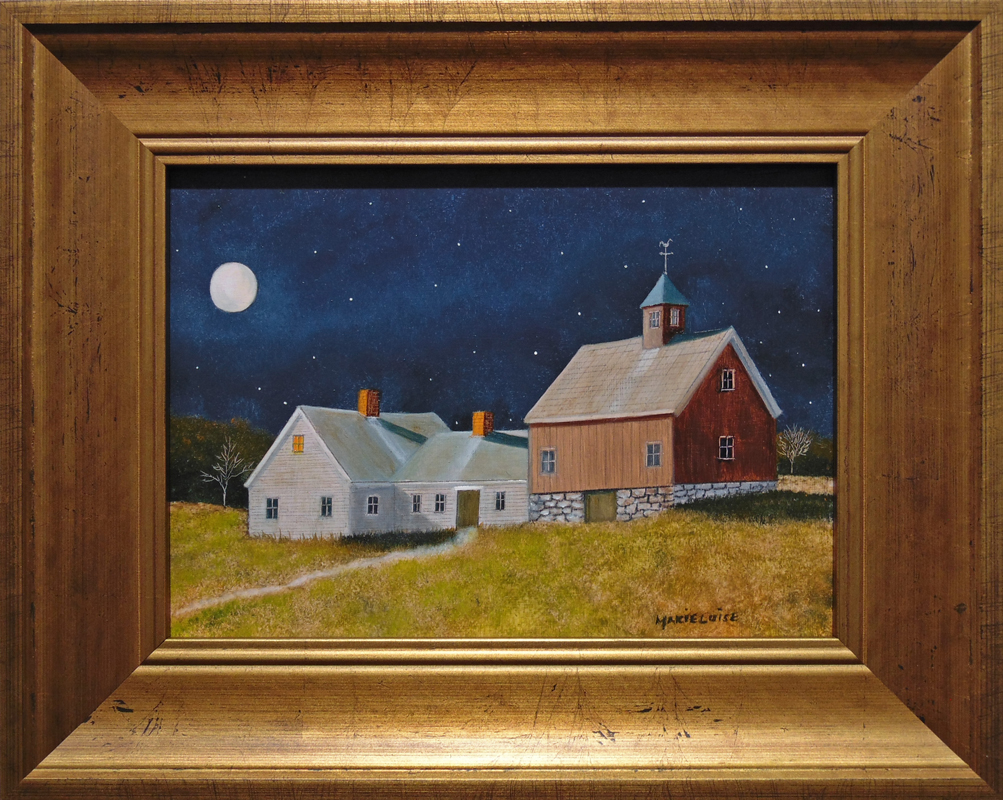 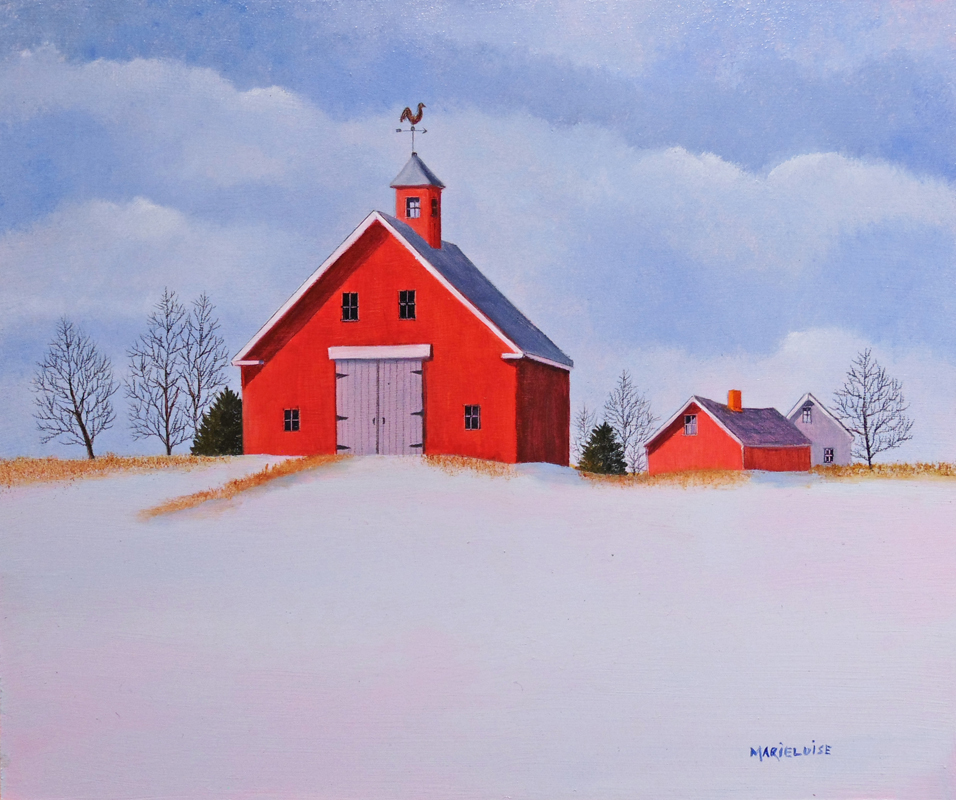 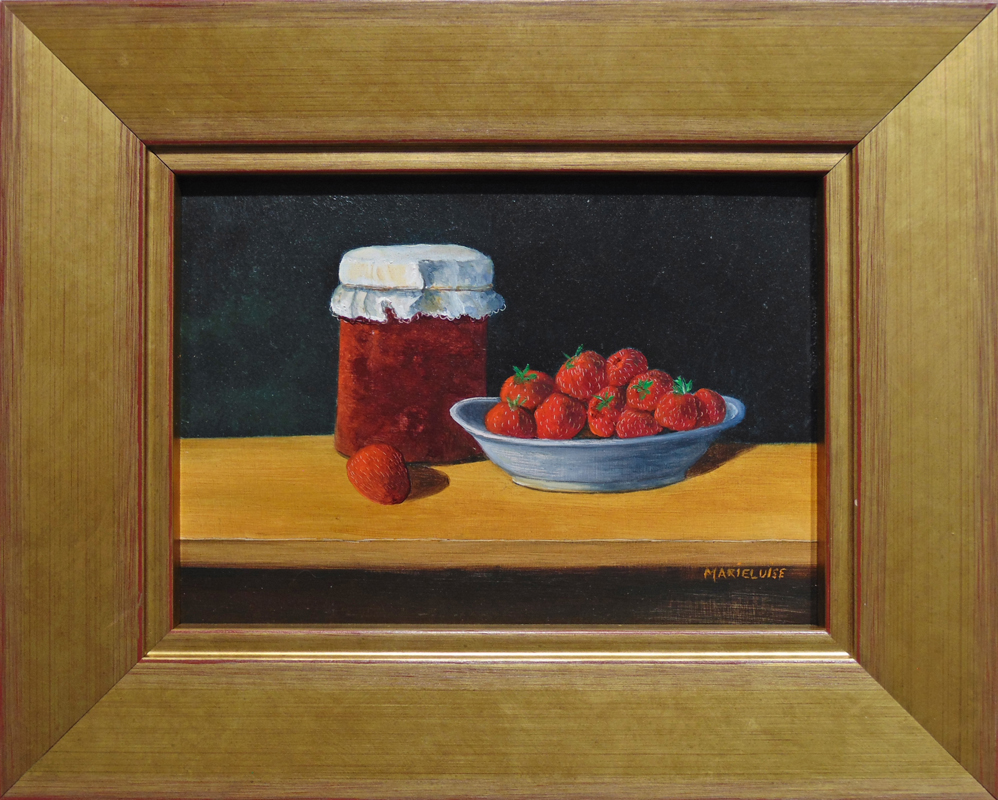 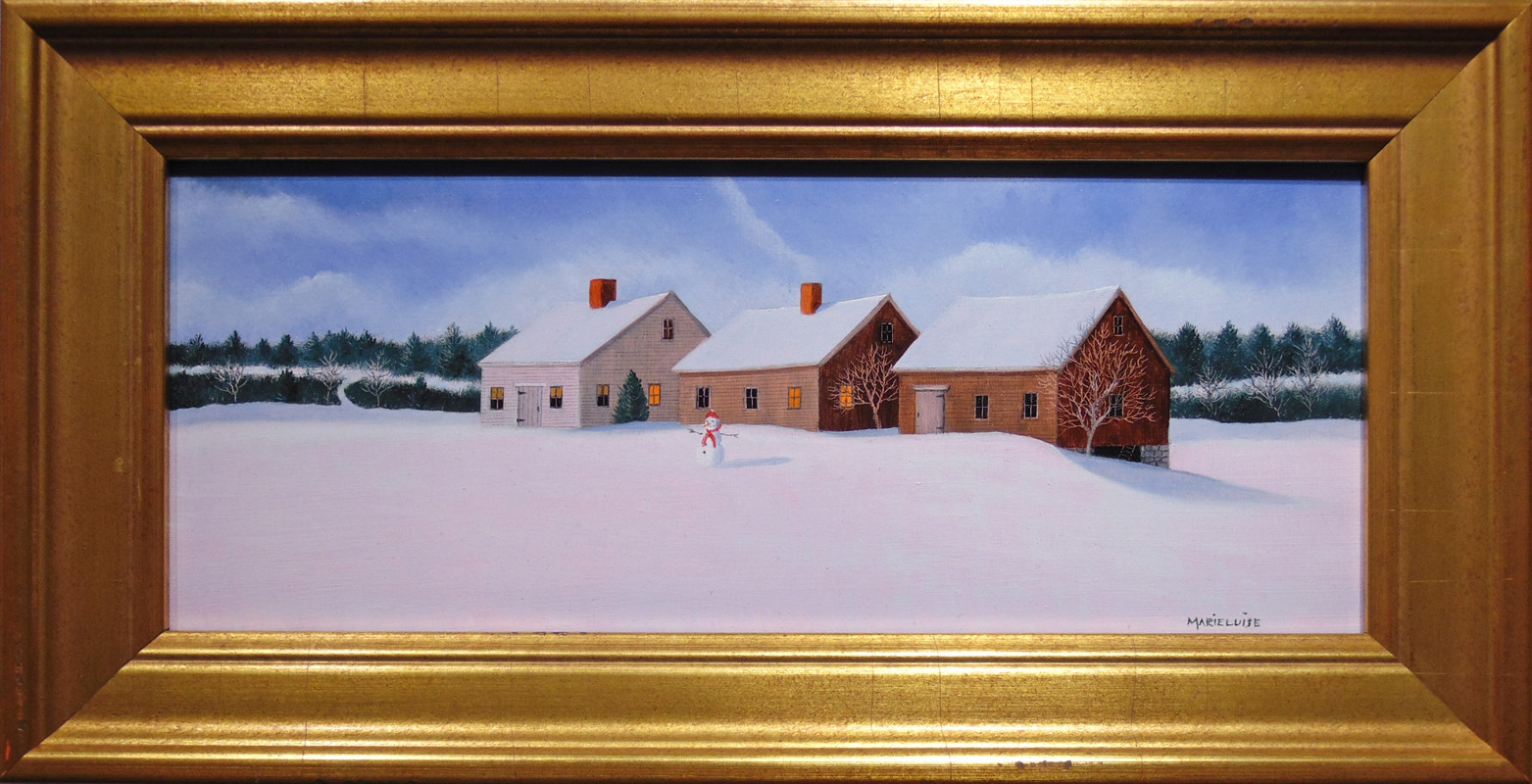 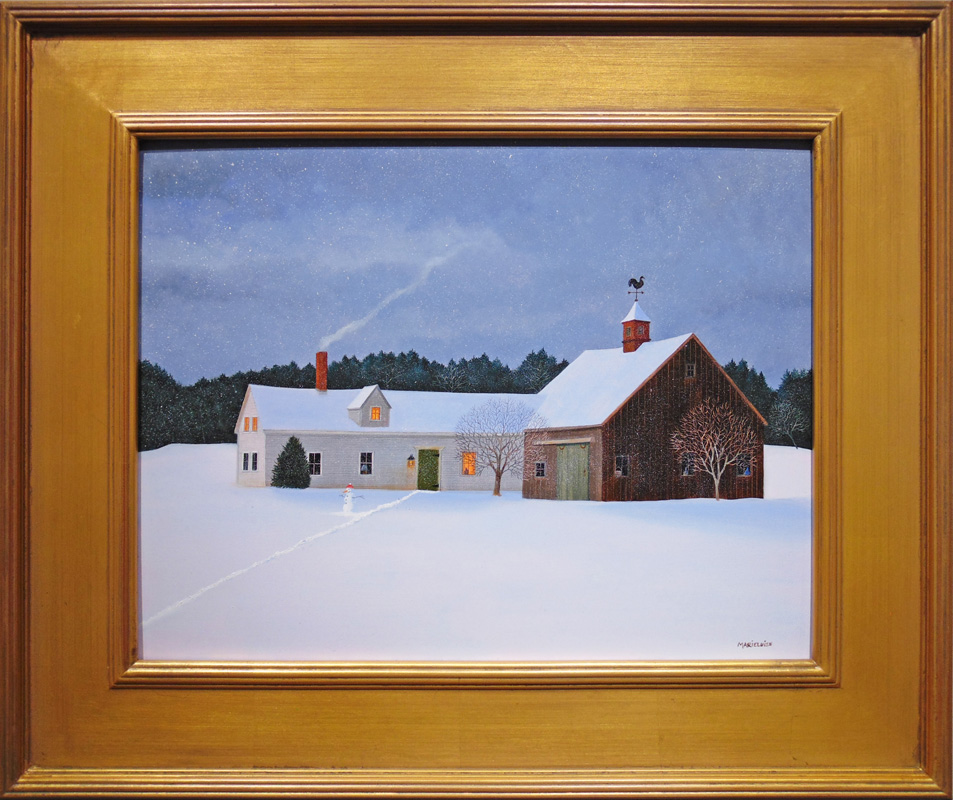 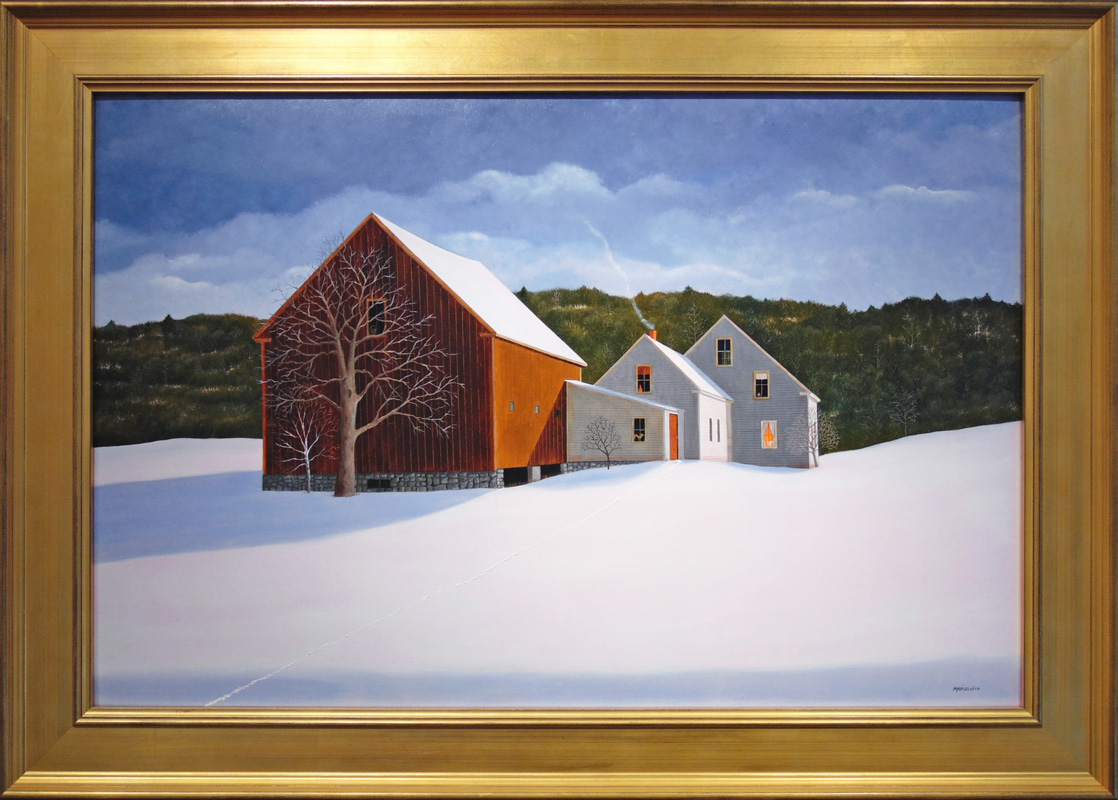 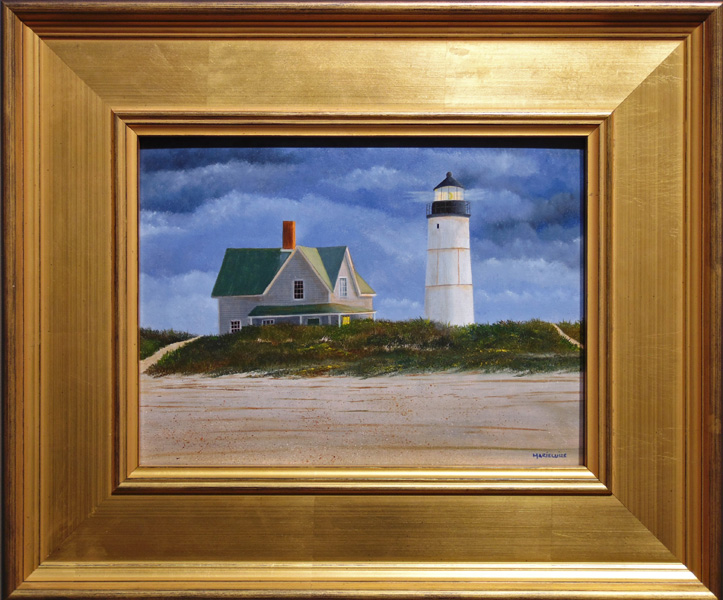 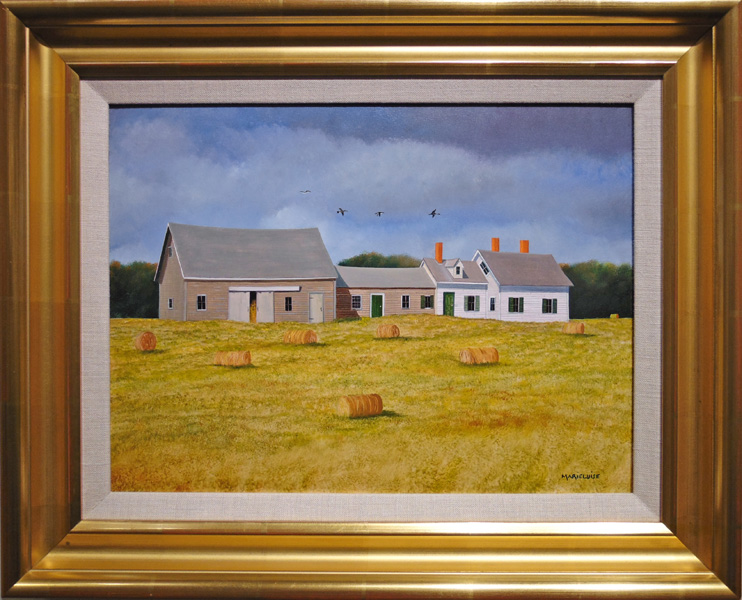 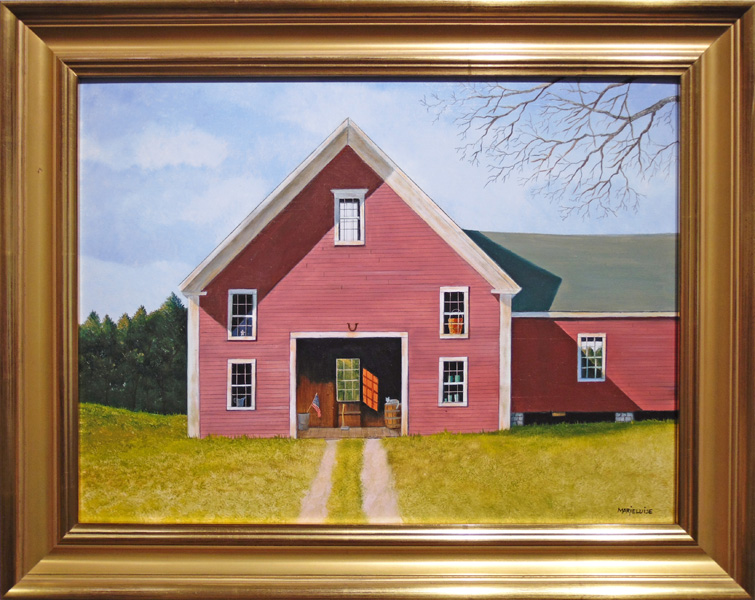 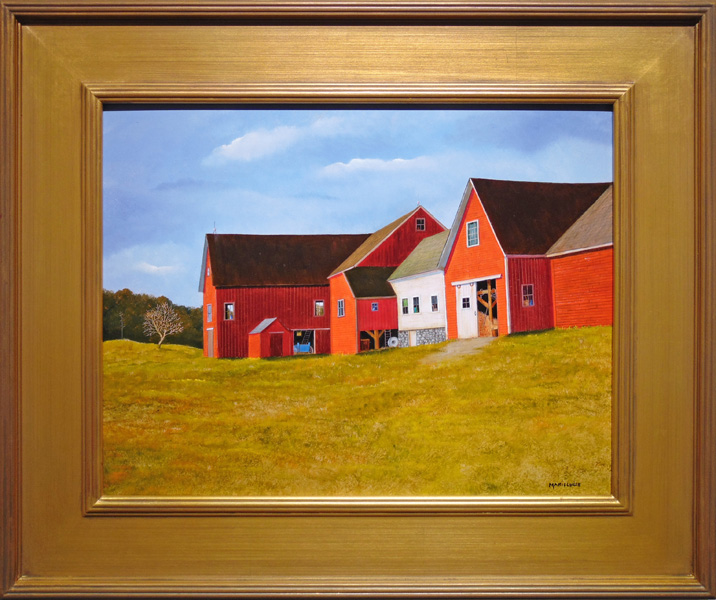 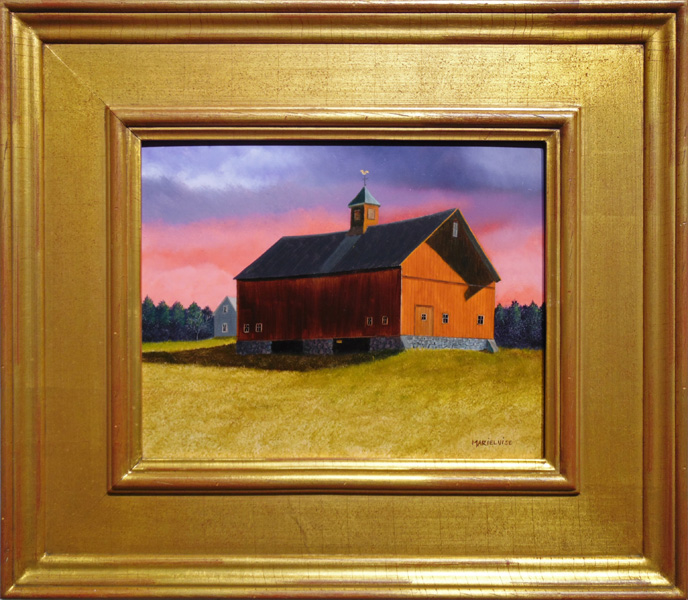 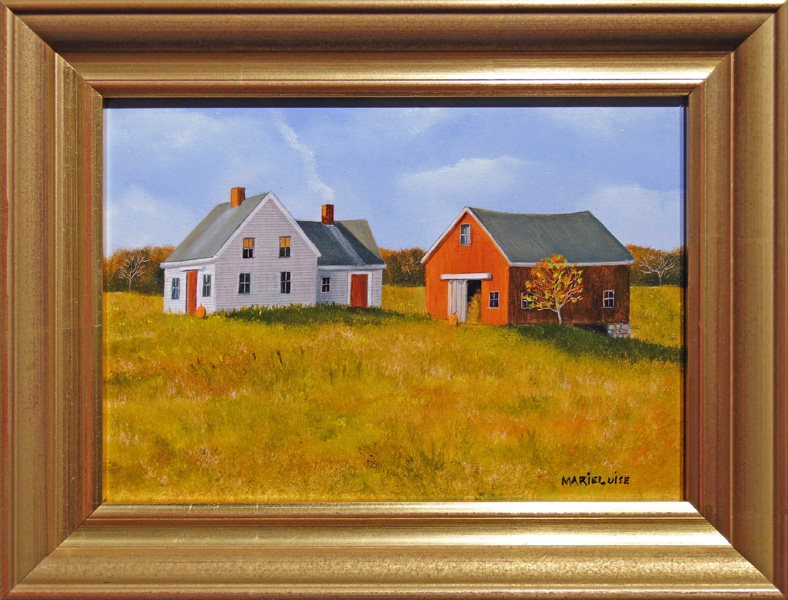 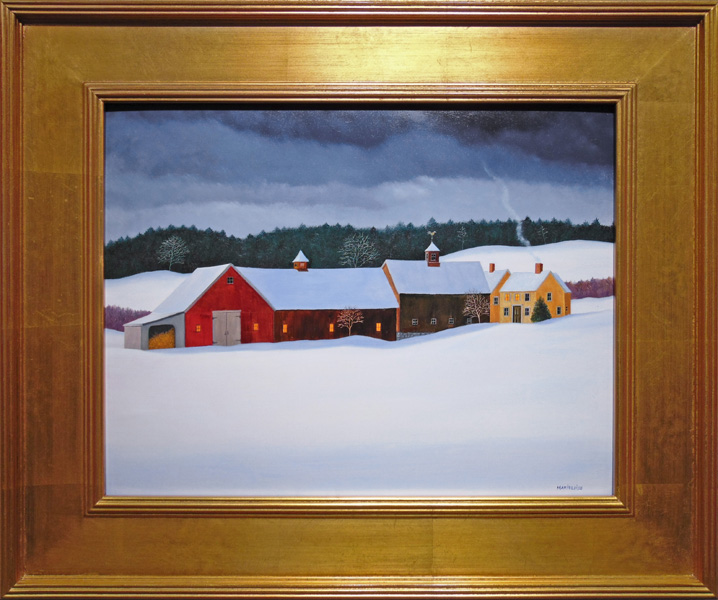 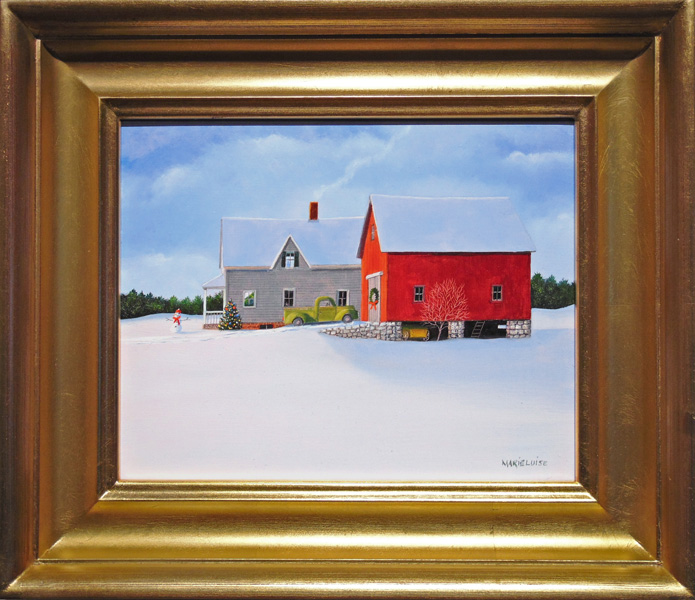 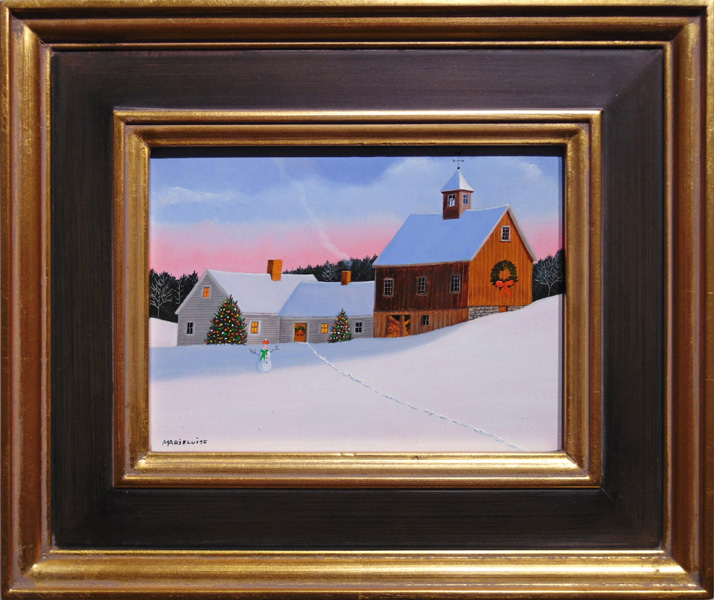 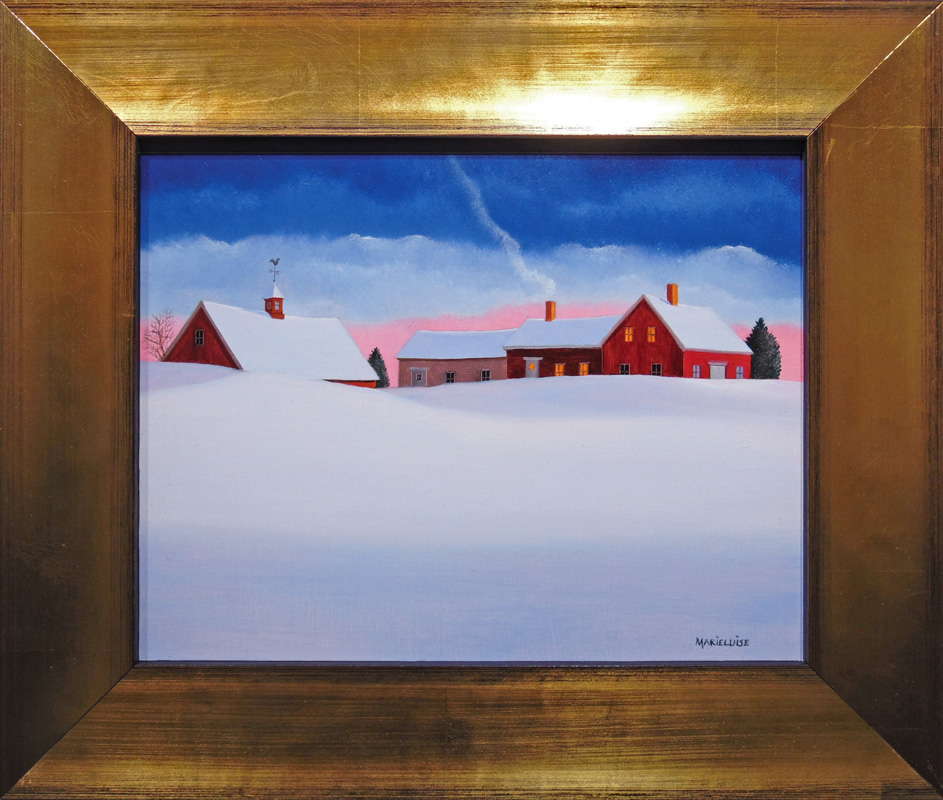 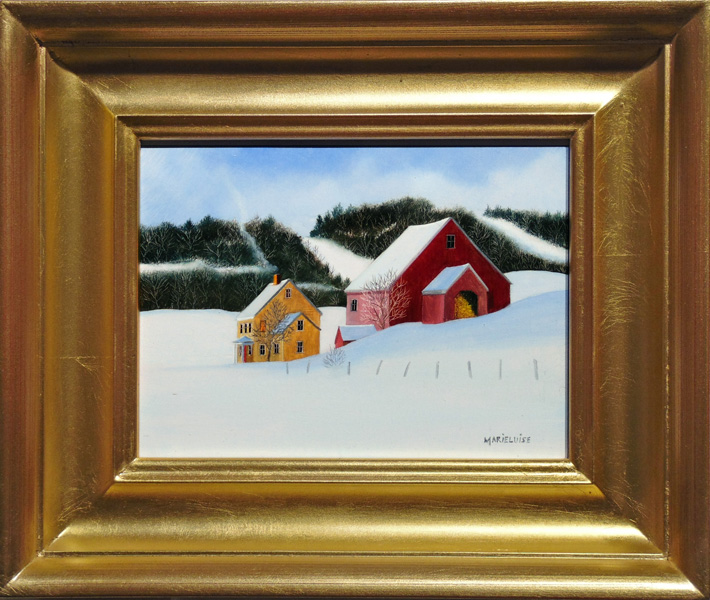 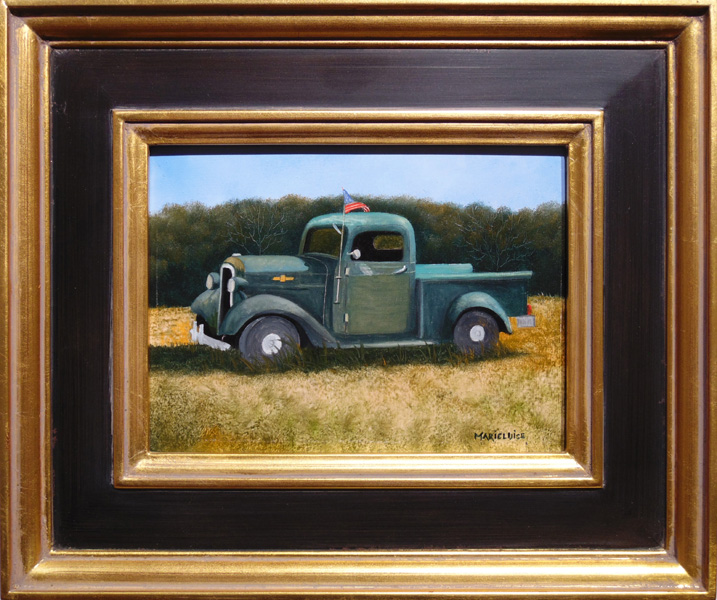 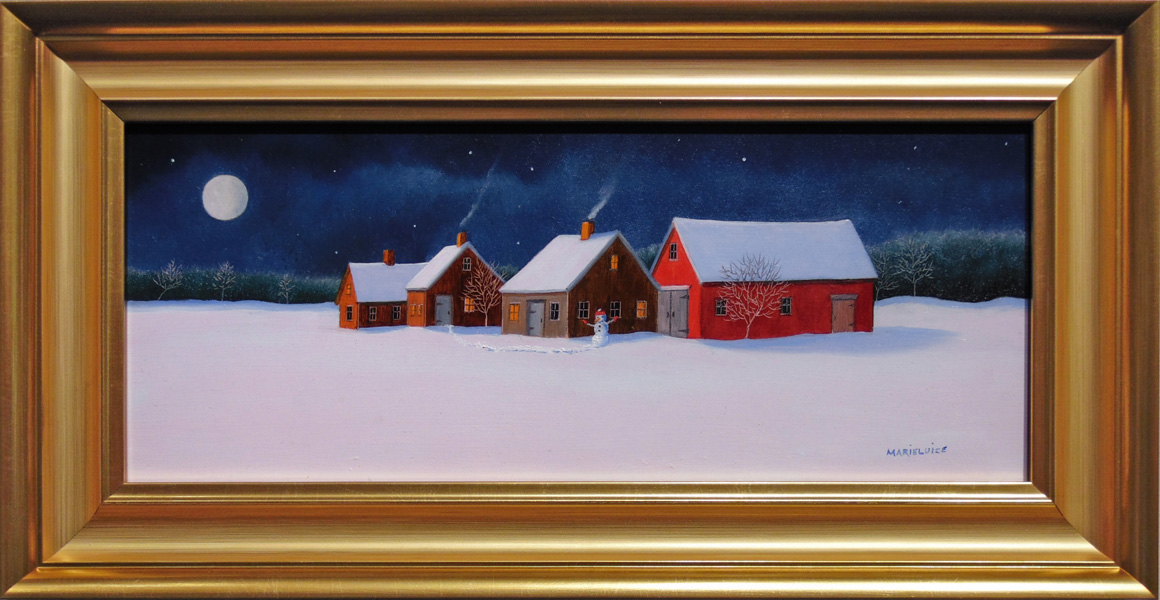 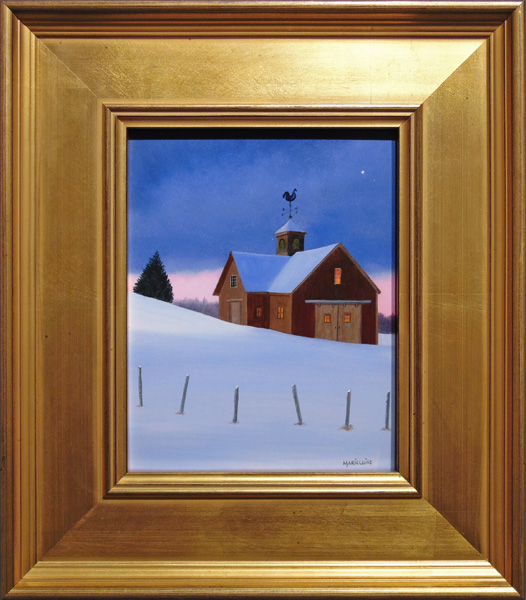 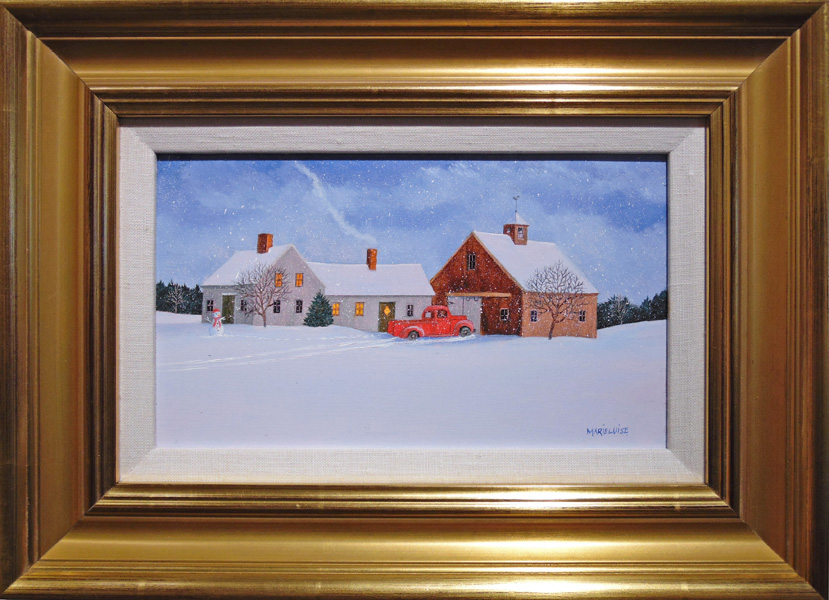 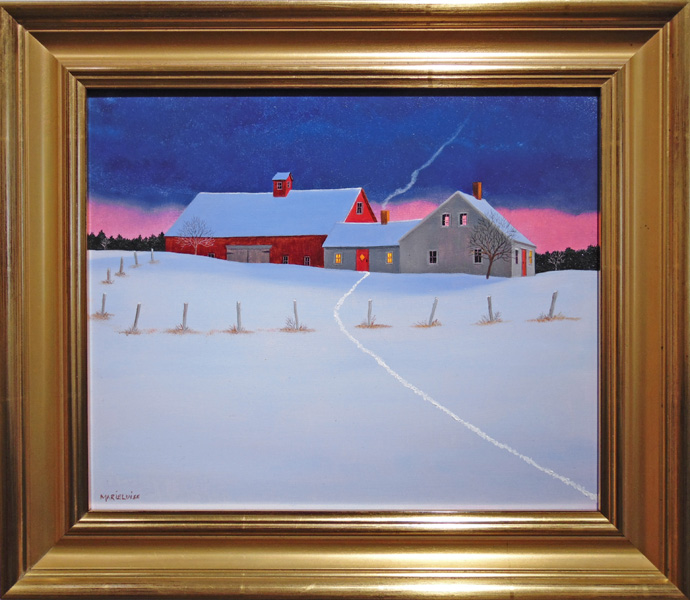 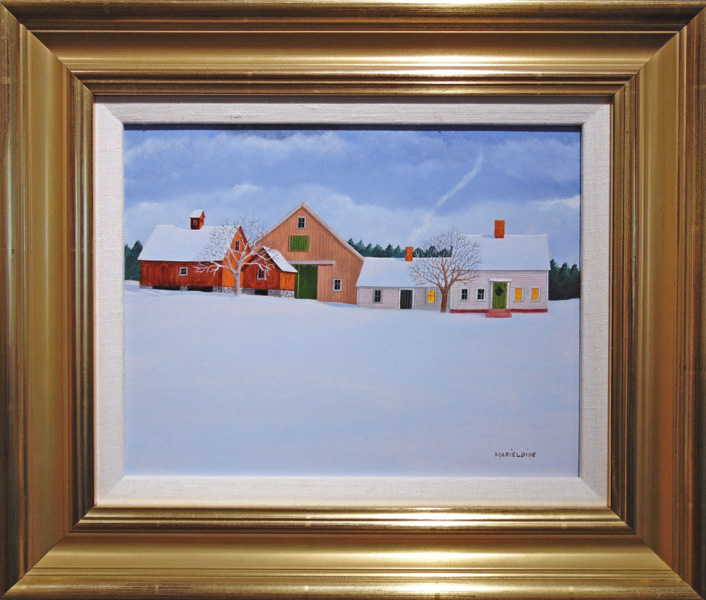 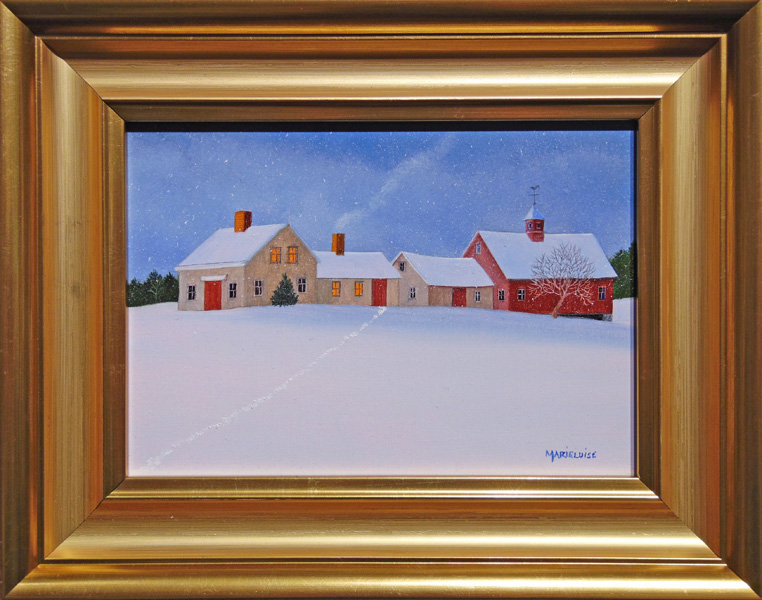 The basis of an artist’s work, the reasons behind composition and subject matter or the inventiveness of a palette, often is the result of their personal foundation.  The influences and preferences of a painter are brought forth in a clear context by the way they paint.  It is without question that the ideology supporting the paintings by Marieluise Hutchinson are due in part to her upbringing.  From “hearty stock”, her formative years were enjoyed in a bucolic 1820’s homestead on the South Shore of Boston.  As a result, Marieluise chooses the countryside inasmuch as it chooses her.

Growing up during the early 1950’s, a time when our nation was strong and at peace, patriotism played a significant role in the evolution of her aesthetic expression.  This accounts for the frequent appearance of the American flag in many of her paintings.

Marieluise is self-taught.  Many of her discoveries have resulted from trial and error.  Always drawn to creative pursuits, she did not, however, begin to paint until her late twenties.

By the synthesis of these experiences, Marieluise’s work captures the quintessential simplicity and beauty of America… its pastures, stonewalls, forgotten barns; its seasons.

Her work has a tone of thoughtfulness, a tangible silence.  It evokes the feeling of a crisp autumn evening, with its gentle rustling of leaves.  Or the pensive period of passage from the autumnal breezes of fall to the chilling snap of winter.  Or the sheer solitude that follows in the wake of a New England snowfall, smoke drifting from the farmhouse chimney, and extending its pale veil like a thin ribbon of white up into the sapphire blue of the night sky.

Generally, no figures appear in her paintings, although a human presence is implied by a light in a window or a quilt on a clothesline or a snowman out in front of a farmhouse.  This is often subtext in Marieluise’s work: nothing is superfluous.  The vision is precise and, without showing the action, she shows us the result.  She paints what is remembered.  All else is suggested.  Our imaginations are left to fill in the blank.

The constant play light plays a recurrent role in her landscapes.  In early European paintings, the sun and shafts of light were regarded as a symbol of truth because all is revealed by its light.  In the clear, honest paintings of Marieluise Hutchinson, truth is revealed.

For me, painting is a reaching out of expression by capturing simplicity in the commonplace.  Admittedly, my paintings reflect an affection for our past; I try to keep my work honest and thoughtful and thrive on the interaction I receive from my collectors.

Being technically skilled and having a vision of the possibilities in every painting is a lifelong process and an artist’s gift.